The profession has given a mixed response to the Solicitors Regulation Authority’s plans to introduce a single qualifying assessment for would-be solicitors and called on the regulator to ensure the new regime maintains high standards.

The SRA revealed today that it intends to press ahead with its plans to introduce the solicitors qualifying examination (SQE) to replace the LPC and GDL qualifications.

At a press briefing in London, the regulator admitted that there had been ‘resistance’, most notably from academic institutions.

Nottingham Law School today emerged as one such critic.  Head of legal development Helen Hudson (pictured) told the Gazette: ‘We remain concerned about the impact this will have on equality and diversity. The SRA has produced no evidence that the SQE will reduce the cost of qualification for students and no indication of how much students will have to pay to sit the SQE.’ 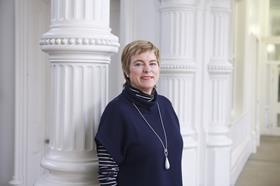 She added that the announcement comes ‘as no great surprise’, as ‘It was clear from the outset that this was the favoured approach and despite widespread opposition from stakeholders, including practitioners and legal education providers, the SRA has not wavered.’

However two of the country's biggest law schools, BPP and University of Law, said the plans would give training providers and law firms a chance to be more 'innovative’ in how they train students.

Professor Andrea Nollent, vice chancellor and chief executive at The University of Law, said the SQE posed a ‘unique opportunity’ for innovation and improvement to legal training. Peter Crisp, dean and chief executive of BPP, predicted that the changes may cause firms to ‘radically change’ the way their business is resourced.

'Apprenticeships could now become one of the major ways in which people qualify and the onus will be on training providers to ensure that any SQE programme will be every bit as rigorous as that undertaken by entrants to the profession who have followed other routes to qualification,’ Crisp said.

Caroline Pearce, chair of the training committee at the City of London Law Society, cautiously welcomed what she described as ‘improvements’ to the proposals.

‘Whilst in principle, a centralised set of examinations is a sensible approach, we still have reservations about standards, the methods of examination and whether the narrower syllabus will produce solicitors who are properly trained in the law that they need to be able to practice effectively in today’s world,’ Pearce said.

‘We look forward to the SRA providing more specifics of the SQE syllabus and assessment methods. We encourage the SRA to give more information as soon as possible.’

Law Society president Robert Bourns said: 'We will judge these reforms on the impact on accessibility and standards. Encouraging people from diverse backgrounds to become solicitors has long been a priority for the Law Society. Accessibility to the profession and promotion of the highest standards of qualification must be paramount.

'If the new system is to broaden access, it will be important to ensure that high quality guidance is available, and that it reaches the broadest possible community of firms and individuals. Having funding support in place will also be key to ensuring it is talent and work ethic, not background, that defines your success.

'We have strongly suggested that the SRA ensures the final SQE proposals meet government funding criteria and that the SRA should take steps to liaise with government as part of their work developing proposals.'

Bryan Scant, chair of the Junior Lawyers Division, said it believes the proposals will lead to a ‘two tier profession’ where entrants who have the funds to pay for a preparatory course are afforded preference over those candidates who are unable to meet that cost.

‘We are disappointed that despite repeated requests, the SRA has not confirmed the costings of the exams or how they are proposing students fund them,’ he said.

He added: ‘The JLD remains concerned that there is no requirement for any would be solicitor to have an understanding of the law before taking the practical examination. Further, the SRA is expecting firms to recruit trainee solicitors who have no legal knowledge prior to commencing their training and educate them not only in the complex practicalities of being a solicitor, but also the legal background that presently all trainees have.’