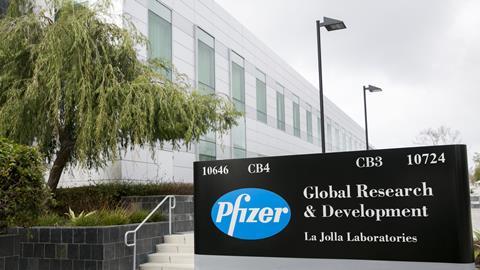 The Supreme Court today dismissed an appeal by pharmaceutical company Pfizer, in a case that should provide clarity on patent law surrounding claims for new medical uses for a protected drug.

In judgment handed down this morning the court allowed an appeal by generic drug makers Actavis and Mylan. The decision means Pfizer’s patent covering a second medical use for its product is invalid.

Pfizer said this morning that the decision would have a ’significant impact on innovation in public health’.

'The period that a medicine is under patent is a critical phase in its lifecycle that fuels innovation.  As situations such as these are expected to become more common, it is important for patients that pharmaceutical companies are able to protect patents, including second medical use patents,’ a company spokesperson said.

The case, Warner-Lambert v Generics (UK) Ltd (Mylan) and other, concerned a patent owned by Pfizer, (appearing in the case under the name of its subsidiary Warner-Lambert) claiming a second medical use of the drug pregabalin. Pregabalin is authorised for the treatment of neuropathic pain, generalised anxiety disorder (GAD) and epilepsy. Sold under the trade name Lyrica, it is one of Pfizer’s best-selling products, with UK sales of more than £200 million.

Patent protection for the original drug expired in 2013, but Pfizer owned another patent which covered the use of the same active ingredient but solely for the treatment of neuropathic pain.

Generic drug makers Actavis and Mylan wanted to launch their own versions that would only treat the non-patented indications (GAD and epilepsy) and not the patented indication. Both claimed the revocation of Pfizer’s updated patent on the grounds of lack of inventive step and insufficiency.

Pfizer claimed that the generic products infringed claims in its patent.

Both the High Court and the Court of Appeal held the patent to be partially invalid, agreeing with Actavis and Mylan. Pfizer’s key patent claims were held to be invalid for lack of ‘sufficiency of disclosure’ - a requirement that the patent discloses the invention in a manner sufficiently clear and complete for it to be carried out by a skilled practitioner.

In judgment today, the Supreme Court said the disclosure in the specification supports the claims in relation to inflammatory pain, but not neuropathic pain, and that the claims fail for insufficiency.

However, the court unanimously ruled that even had the claims been valid, they would not have been infringed by the development of the generic drugs.

Tim Powell, partner at London firm Powell Gilbert, said the decision has major ramifications for the pharmaceutical industry as well as for the NHS, doctors and pharmacists prescribing and dispensing old drugs for new uses.

Yohan Liyanage, intellectual property partner at magic circle firm Linklaters, said the judgment imposes a 'higher-than-expected standard' for patenting a new therapeutic indication. 'Effectively, the court is saying that it is not sufficient for a patent owner to show after-the-event that its invention does in fact work: the patent owner needs to establish up-front that there is a reasonable prospect that its invention will work. However, the court confirms that this does not necessarily need to be satisfied using experimental or clinical data, but could be established on the basis of scientific reasoning.'

He added: ‘Overall, the judgment will be disappointing for innovator pharmaceutical companies, as it maintains a threshold test for obtaining patents for new therapeutic uses of previously known drugs, while simultaneously making it difficult for owners of these patents to prove that their patents are being infringed. It may therefore disincentivise R&D investment in identifying new therapeutic uses of existing drugs.’