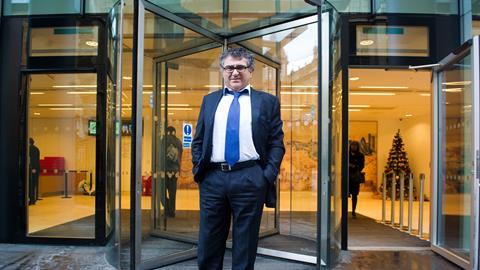 The Court of Appeal has granted businessman Vincent Tchenguiz permission to appeal parts of a decision dismissing his action against Jóhannes Rúnar Jóhannsson for the failed investigation into him by the UK’s Serious Fraud Office.

In an order released under seal last month, the Court of Appeal’s Civil Division said Tchenguiz (pictured) could be granted permission to appeal on several grounds. In the order, the court said five grounds of appeal put forward by Tchenguiz have a ‘realistic prospect of success’.

The SFO investigated property tycoon Tchenguiz in 2011 regarding his transactions with Icelandic bank Kaupthing, which collapsed in the 2008-11 financial crisis.

He settled with the SFO in 2014 but pursued cases against Kaupthing, accountancy firm Grant Thornton, which acted as the bank’s advisers, and Jóhannes Rúnar Jóhannsson, a member of Kaupthing’s winding-up committee.

Tchenguiz says the three conspired to instigate the SFO’s claim against him to divert the attention of law enforcement agencies away from Kaupthing.

The Commercial Court in London threw out Tchenguiz’s claims in April this year on the basis that they had already been covered in settlement agreements with the parties.

But in the latest ruling Lord Justice Clarke said Tchenguiz could appeal against certain claims relating to the settlement agreements.