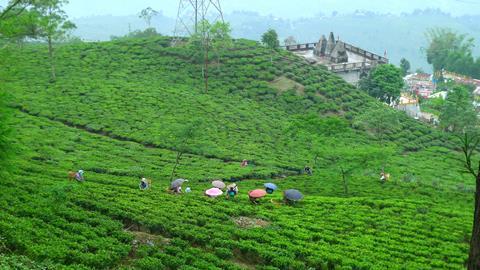 The Court of Justice of the European Union has ruled on a trade mark dispute over the word ‘Darjeeling’, in a spat centring on alleged confusion between lingerie and tea.

In the latest part in what has been a seven-year dispute the CJEU has upheld a lower court ruling that rejected the Indian government’s opposition to an underwear company’s attempt to trade mark the term ‘Darjeeling’. 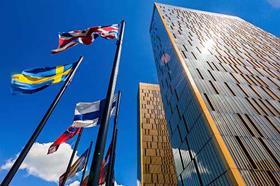 Indian governmental body The Tea Board had opposed an application for the term by Delta Lingerie.

The dispute began in 2010 when Delta applied to register variations of the term at the EU Intellectual Property Office.

In April 2011, The Tea Board, a body formed to empower and administer the production of tea, filed an opposition based on earlier registrations it had for the term.

The appeal boards at the EUIPO, both at the first instance and on appeal, rejected the oppositions prompting the Tea Board to appeal to the General Court.

In its 2015 decision the General Court said although the word ‘Darjeeling’ was a protected geographical indication for tea, its essential function was not different from individual trademarks, namely to distinguish goods or services from the organisation they originated from and not according to their geographical origin. It upheld the decision to reject the Tea Board’s opposition on that ground.

However, it added that the risk of an unfair advantage could not be ruled out, as Delta’s marks were capable of benefiting from the positive qualities of the Tea Board’s marks, including the image of sophistication and exoticism.

The boards had not reached a definitive conclusion on this and would need to re-examine these issues, the court said.

Both parties appealed against the ruling to the CJEU.

Delta Lingerie filed a cross-appeal on two grounds. It alleged that the General Court erred by distorting the functions of trademarks and geographical indications and also appealed on the grounds of alleged inconsistency while the Tea Board appeal against a denial of its opposition.

In its judgment, published on 31 May, the CJEU dismissed the appeals from both parties and ordered them to pay their own costs.

The CJEU said the General Court did not contradict itself when it ruled that a consumer would not be led to believe that Delta’s goods and services come from the Darjeeling region but that the consumer would be attracted by positive qualities associated with the region.