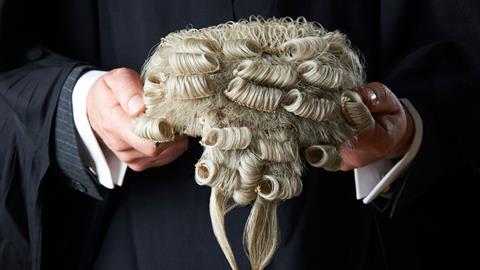 A senior silk has been reprimanded after a disciplinary tribunal found that he implied that a woman who was sexually assaulted by a relative bore responsibility for the attack.

According to the Bar Tribunals and Adjudication Service, Howard Godfrey made submissions that were deemed to be ‘offensive and unnecessary’.

Godfrey was representing a client who had been sentenced for sexual assault. The QC, a member of 2 Bedford Row, was making submissions in an appeal against sentence when he made the remarks in 2015.

In a decision handed down last Friday, the tribunal found Godfrey had behaved in a way ‘likely to diminish the trust and confidence which the public places in the profession’. Godfrey was also ordered to attend a training course on ‘advocacy and the vulnerable’. The case was brought by bar regulator the Bar Standards Board.

According to his online profile, Godfrey is recognised as one of the UK’s leading criminal barristers and has a reputation as a ‘master strategist and supreme tactician’.

Conduct of lawyers in sex-related cases has been a burgeoning issue following recent high-profile cases.

In the case involving footballer Ched Evans, whose conviction for rape was overturned, his accuser was reportedly grilled on her past sexual activity.

An article in The Times newspaper last week quoted former Old Bailey Judge His Honour Peter Rook QC saying that advocates who put witnesses in rape trials through a gruelling ordeal of cross-examination are now a dying breed. Rook cited a ‘massive culture change’ in which cross-examination techniques have been modified and ‘special measures’ are available so that vulnerable witnesses can give recorded evidence or from behind screens.