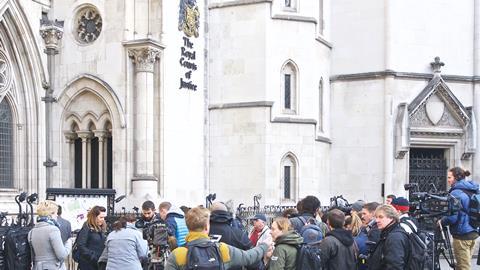 The High Court has ruled that the government does not have the power to trigger article 50 without parliamentary approval. The judgment means MPs must vote before the UK can formally begin divorce proceedings from the European Union.

Prime minister Theresa May had originally planned to trigger article 50 of the Lisbon Treaty at the end of March following June’s referendum in which the UK public voted by 51.9% to 48.1% to leave the union.

A government spokesperson confirmed it would appeal the decision.

If the government loses on appeal to the Supreme Court, all this will have been worth it if May then appeals to European Court of Justice.

David Greene, senior partner at Edwin Coe, which acted for Deir Santos, said the result was ‘a victory not just for the brave individuals that brought this claim but, more importantly, for parliamentary democracy and the rule of law’.

‘The government has to accept the constitutional reality that parliament must have early involvement in the process. It shows political leaders are not above the law and that Brexit must follow due process,’ Greene added.

Another challenge against the government was brought by citizens’ group called ‘Say Yes 2 Europe’ – led by Grahame Pigney.

Pigney, represented by City firm Bindmans, said: ‘We welcome today’s decision, which clearly establishes the UK’s parliament as the sovereign authority in terms of the decisions required following the referendum.’

Law Society president Robert Bourns said article 50 explicitly says that notice of intention to withdraw must be given in line with the relevant member state’s constitutional processes.

‘We therefore welcome the opportunity for constitutional clarity which this case brings,’ he said.

Bourns added: ‘The ability to have such questions determined by an independent judiciary is central to the rule of law - something which the Law Society of England and Wales strives to promote both within the UK and around the world - and we are fortunate that the independence of our judges is recognised globally.’

Nikos Skoutaris, lecturer in European Union law at the University of East Anglia, said the decision sparked one of the most ‘important constitutional cases in generations’.

He added: ‘Although, politically speaking, this is a difficult moment for the government, this decision should not be understood as an outright win for Remain.

‘It is a strong reminder, however, that the government should respect the constitutional rules during the Brexit process. Brexit would lead to a fundamental change in the British constitutional order.

‘In a system of parliamentary sovereignty, it seems constitutionally appropriate that Westminster will have a say in this process.’

Read today's opinion on the judgment

Simon Gleeson, co-chair of public policy at magic circle firm Clifford Chance, told the Gazette the decision was only ‘round one’.

‘Whether this tussle continues solely in the courts or also parliament, in the form of a bill, it will continue to extend uncertainty and make planning and investment tougher for businesses,’ he added.

Chairman of the bar, Chantal-Aimée Doerries, said: ‘Irrespective of what happens next, the Bar Council’s Brexit Working Group will continue to assess the implications of any future relationship with the EU.

‘We will continue to make our views known to government and parliament.’

Karen Birch, counsel in magic circle firm Allen & Overy’s litigation practice, said the judgment ‘calls into question’ assumptions that article 50 would be triggered by May’s target of March 2017 and that the UK would leave the union two years later.

‘If it’s upheld on appeal when it goes to the Supreme Court in December, parliament will have an opportunity to influence the process. This will take time and will inevitably prolong the uncertainty for those doing business in the UK and the EU as to the future form of the UK’s relationship with the EU and when that new relationship will begin,’ Birch added.