Acted for cyclist after pedestrian died

Why is he in the news? Represented cyclist Charlie Alliston, who was sentenced to 18 months in a young offenders institution last week after knocking over a woman in London last year. Kim Briggs died of her injuries a week later. Alliston was cleared of manslaughter but found guilty of bodily harm by ‘wanton or furious driving’. 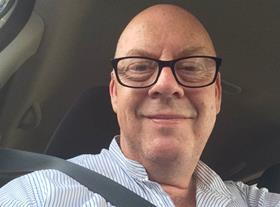 Thoughts on the case: ‘This was a landmark case in which my client Charlie Alliston faced charges of manslaughter and wanton and furious driving following a collision between his bicycle and a pedestrian in London. Tragically, following the collision the pedestrian Mrs Briggs subsequently died. My client originally faced the lesser charge but the indictment was upgraded to include a manslaughter count at the plea and trial preparation hearing. The case raised novel and complex issues relating to unlawful act manslaughter, which required consideration and led to the instruction of Mark Wyeth QC as trial counsel.’

Dealing with the media: ‘I have had previous media interaction but the interest in this case was phenomenal, with TV crews attending every hearing at the Central Criminal Court. A tactical decision was made not to engage with the press until the outcome of the proceedings, at which point a televised statement was made by me on behalf of the defendant’s family.’

Why did you become a lawyer? ‘When it became apparent that my limited guitar skills would not be leading to fame and fortune, I undertook a degree in government, and then undertook the common professional examination. I became a criminal lawyer in order to try and make a difference by working to the best of my abilities to stand up for those less capable of standing up for themselves.’

Career high: ‘Becoming a higher court advocate and undertaking my first jury trial, in which my client was acquitted of all charges against him.’

Career low: ‘Constantly being reminded about the diminishing resources that are being committed to criminal defence, which inhibits the provision of quality defence preparation and representation.’