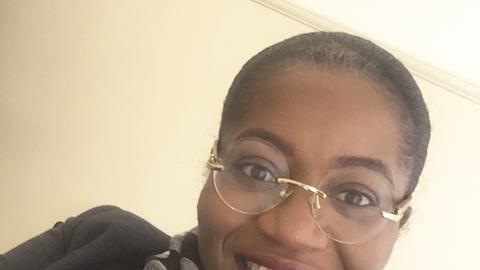 Who? Jennifer Owusu-Barnieh, head of immigration at Danbar Solicitors, Middlesex.

Why is she in the news? She acted for Albert Awuku, who has fought to live in the UK for the past four years. Neither Awuku nor his bride, a German citizen, needed to be present at their nuptials in Ghana in February 2013. The then home secretary Theresa May refused his application for UK residency because she was not satisfied Awuku’s marriage was registered in accordance with Ghanaian law. The Court of Appeal said the law of England and Wales recognised proxy marriage if valid by the law of the land. As a result of the ruling, a spouse of an EU national who has married by proxy will qualify as a family member.

Thoughts on the case: ‘I am more than pleased with the outcome of the case. It took four years of determination and hard work and the decision reached was completely correct. However, I am still baffled by the fact that those in relevant positions did not recognise that Kareem (previous case law on proxy marriage) contravened private international laws.’

Dealing with the media: ‘The decision was given at a sensitive time as we are in the middle of Brexit and nearing an election, therefore it has received a lot of attention from the media. It has also received international recognition because it affects those abroad.

‘While some media outlets covered the story with a negative undertone, others have been objective or have presented it positively. At the end of the day, decisions such as this cannot please everyone and you have to be prepared for the backlash.’

Why become a lawyer? ‘My passion for justice pushed me towards law. My interest in immigration law comes from my desire to be a voice for those who cannot speak for themselves.’

Career high: ‘Winning Awuku, which overturns the famous case of Kareem, and set a precedent from the Court of Appeal.’

Career low: ‘I hate losing so,  although fully aware that as a lawyer I am bound to lose a case or two, it does not sit well – but I understand that I can always learn from it.’