National legal firm Browne Jacobson has appointed Jonathan Edwards as the head of its Manchester banking and finance team as the firm continues to bolster its growing practice in the North West.

Jonathan, who held the position of national head of banking at DWF since 2010, has featured in the Chambers and Legal 500 legal directories for more than a decade and brings with him over 26 years’ experience in the industry covering all banking and finance disciplines.

During the course of his career, Jonathan has built up an impressive client base, acting for leading banks and asset-based lenders across the UK. He advises on a range of banking matters from acquisition finance and leveraged finance to asset-based lending and he has acted on some of the largest financing transactions in the North West in recent years.

He also advises corporate borrowers on a broad range of financial arrangements as well as a number of peer-to-peer lenders on the legal and regulatory framework of their platforms.

Since its opening in February 2012, Browne Jacobson’s Manchester office has achieved significant growth with 45% headcount growth in the 12 months to October 2017. With Jonathan’s arrival, the firm’s banking practice will now have four partners nationally. 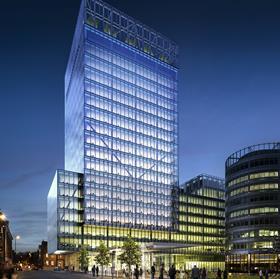 This is the first in a series of significant commercial appointments Browne Jacobson is looking to make in the North West, as the firm plans to expand its operations in Manchester ahead of its move to No1 Spinningfields.

Paul Ray, head of banking and finance at Browne Jacobson, said: ’The growth of our banking and finance practice is a key strategic aim for Browne Jacobson. Jonathan is a real heavyweight and his appointment underlines our long-term commitment to creating a top-tier banking practice in Manchester. His experience and proven track record will complement our impressive credentials and existing client base to crucially make a mark in the North West.’

Dai Durbridge, partner at Browne Jacobson in Manchester, added: ’We are delighted to have Jonathan on board with us. Browne Jacobson is going through a period of strong growth and he is joining the firm at a really exciting time. With Jonathan’s appointment, we have added yet another specialist to the team that will help drive our strategy and ensure we continue to provide exceptional client service across all of our sectors.’

Jonathan Edwards commented: ’Browne Jacobson has a very well-established banking and finance practice and I am excited to have the opportunity to build on that further. I look forward to working as part of this talented team to provide the highest quality legal services for our regional, national and international clients.’

Browne Jacobson’s banking team has extensive expertise in all aspects of banking and finance from corporate lending transactions, real estate financing, acquisition and leveraged finance to asset based lending, debt refinancing and restructuring work. It acts for a wide range of public and private sector clients including some of the UK’s leading banking institutions, local authorities, foundation trusts and housing associations.