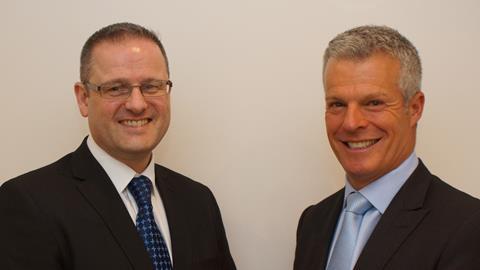 Celebrity lawyer, Nick Freeman, has further boosted his in-house team by appointing an expert in the field of serious crime.

Edward Atkinson, who is an accomplished Higher Court Advocate, has joined Freeman & Co.

Mr Freeman - who has represented a string of celebrities including Jeremy Clarkson, David Beckham, Sir Alex Ferguson and Van Morrison - is best known as the country’s leading motoring law specialist, and his practice is seeing a sharp rise in the number of white collar and serious crimes it is being instructed to advise on.

These offences range from serious fraud and money laundering to sexual offences and assault.

Mr Freeman, aka Mr Loophole, said: ‘I am delighted to welcome Ed to the Freeman & Co team.

‘Over the last few years he has built up an impressive CV, and, in the short time he has been with us, he has established himself as a very capable lawyer.

‘The skills Ed brings to Freeman & Co are a real asset, particularly as we are being asked to advise a growing number of clients charged with white collar and serious crime.’

Mr Atkinson said: ‘It’s a real privilege to be able to work with Nick, and a great opportunity for me. He is the country’s best-known defence lawyer and Freeman & Co is an astonishingly busy practice, with an amazing range of client instructions.’