Lisa joins from Fisher Meredith where she was head of employment and acted for both employers and employees across a full range of contentious and non-contentious matters. Among her cases, she has handled a High Court multi-track shareholder breach of trust and fiduciary duty claim, and notably won two Employment Tribunal unfair dismissal actions against local authority employers.

Having started her legal career in the employment team at Bates & Partners (now BTMK), Lisa has also worked at Bowling & Co., where she was an assistant solicitor and head of employment, and Thackray Williams LLP. Lisa is a member of the Employment Lawyers Association. 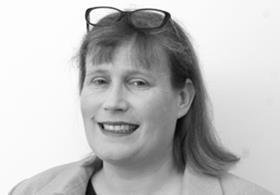 Lisa is the third appointment to the expanding employment team at Hodge Jones & Allen in the past year, following the arrivals of Homa Wilson from Slater & Gordon, and Nick West, who qualified with the firm.

Rhian Radia, head of the firm’s employment team, says: ’Lisa’s appointment to the team here at Hodge Jones & Allen reinforces the rapid growth of our team, since its formation in 2013. Lisa brings experience of acting for both employers and employees which allows us to see things from both sides of the fence and is greatly valued by our clients.

‘She is well placed to allow us to take on more Tribunal cases in the post fees era, especially in the areas of disability discrimination, pregnancy/maternity discrimination and equal pay as these areas of work remain in the spotlight.’

Lisa said: ’I am excited to join the well-regarded team at Hodge Jones & Allen. The firm has a strong reputation for its employment work that I am looking forward to being a part of.’