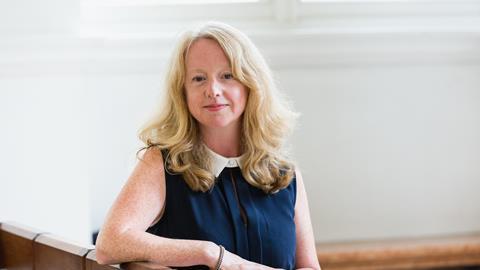 The appointment of Jacqui, who will be based in Birmingham, will support the growth of the firm’s public and private healthcare practice regionally and nationally as she will be working closely with employment and healthcare lawyers in Exeter, London, Manchester, and Nottingham.

Rated by both Legal 500 and Chambers UK, for her dynamic style, energetic approach and healthcare sector knowledge Jacqui has over 20 years of experience advising NHS Trust Boards and senior managers of NHS bodies on employment issues in the sector. Her practice includes advising on contentious and non-contentious employment law matters including whistleblowing, complex disciplinary cases and grievances, discrimination, TUPE, collective consultation, and redundancy issues. She has also led on the employment issues arising out of the merger of healthcare bodies. She is also a highly experienced litigator and regularly advises clients on the strategy and management of defending complex and sensitive Employment Tribunal claims .

She has built up a strong reputation and expertise in advising Trusts on professional performance and regulatory issues concerning NHS staff and particularly in the management of Doctors performance, conduct and health issues and is regarded by health clients in the midlands as the “go to lawyer” for advising clients on dealing with doctors in difficulty. Jacqui has also led multi-disciplinary lawyer teams supporting clients facing serious investigations involving the GMC, CPS, Nursing and Midwifery Council and the Coroner. She has trained clients nationally on the Maintaining High Professional Standards disciplinary framework for Doctors and played a major role in training Medical Directors in understanding their new obligations as Responsible Officers when new legislation was introduced in the wake of the Mid-Staffordshire Inquiry.

Jacqui will work closely with Browne Jacobson’s flagship health and social care team who act for more than 50 NHS bodies including NHS England, 150 local authorities, and major independent sector providers. The firm also has the largest healthcare inquests team in the country and a large clinical negligence practice acting for the NHS Resolution and the Medical Protection Society. Highly rated by leading independent legal directories Chambers & Partners and Legal 500, the team is widely acknowledged to have one of the country’s leading health and social care practices, with particular expertise in Court of Protection, especially deprivation of liberty, and general advisory matters.

Jacqui will also work with the firm’s 35 strong national employment practice headed by Peter Jones. The team provides full employment legal services to its private and public sector client base, including, restructures, redundancy exercises, mergers, acquisitions, managing change and senior executive exits. Clients include many well-known blue-chip and FTSE companies and public sector bodies including those in the local authority, education and health sectors.

Simon Tait, partner and head of health at Browne Jacobson, said: 'Jacqui’s appointment is a real coup for our healthcare practice. Her experience across the sector will be a real asset and will further enhance our exceptional health and social care credentials and further support our clients regionally and nationally.'