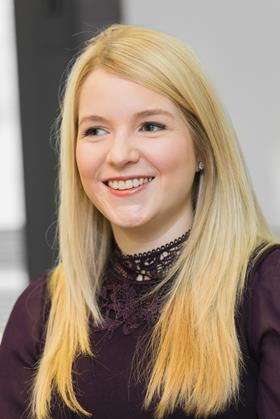 The Law Society social mobility ambassadors’ scheme, made up of a network of 13 UK-based solicitors, promotes role models from non-traditional backgrounds who are committed to sharing their stories and raising the aspirations of students and graduates interested in joining the legal profession.

Wieland took a non-traditional route into law herself: a change in her housing and financial circumstances meant that university and a career in law seemed an unlikely option, having left school without A Levels and living and working in a socially disadvantaged area.

She took on an apprenticeship, working at a vocational training provider, where she became an advocate of learners studying through apprenticeships. She used this to springboard into other opportunities such as becoming a member of a National Learner Panel, funded by a government department which led to her presenting a speech in the Houses of Parliament for the Skills Commission. She then successfully applied to the Law Society’s Diversity Access Scheme (DAS) which provided both LPC funding and invaluable work experience opportunities.

She secured an apprenticeship with Browne Jacobson in 2014, and then a position as a paralegal in the clinical negligence team, before qualifying as a lawyer in the health advisory and inquests team.

Wieland is also a champion for neurodiversity for Neurodiversity In Law, an organisation whose purpose is to promote and support neurodiversity with the legal professions and eliminate the stigma often associated with people who think differently. Wieland, who has dyslexia, dyscalculia and Meares-Irlen Syndrome - a visual stress condition which can lead to difficulties around reading and spatial awareness - regularly gives talks on neurodiversity.

Wieland commented: 'I am delighted to take on this fantastic role. As someone who has overcome significant obstacles to become a solicitor, I recognise the importance of social mobility being at the forefront of any law firm’s future agenda, ensuring the profession has an inclusive and diverse make-up in terms of talent and clients.

'By continuing to share my experiences and story, I hope to empower aspiring solicitors to build self-confidence so that they can succeed in the profession. I also hope to advise change makers on how to make the profession more accessible to those who lack the traditional professional networks or financial means to enter it and to those with a disability.'

Law Society diversity and inclusion adviser Christina Lambi said: 'Lynette was the first candidate to be interviewed for the Social Mobility Ambassador role and was very impressive. She is an active ambassador and an important advocate for disabled professionals and students. This focus on disability with social mobility is often overlooked. She is at the beginning of her role and I am confident she will go on to provide greater contributions to students and legal professionals.'

Wieland is based in Browne Jacobson's Nottingham office and specialises in advising healthcare providers and commissioners on their obligations under the Care Act, the Mental Health Act and the Mental Capacity Act. She also manages and represents healthcare trusts at inquests.

Wieland is on the Law Society’s DAS interview panel and assesses student applications on a pro-bono basis.