South Coast firm Lester Aldridge has announced that head of real estate Matthew Barrow has been elected as managing partner. Lester Aldridge is a full-service law firm with offices in Bournemouth, Southampton and London. 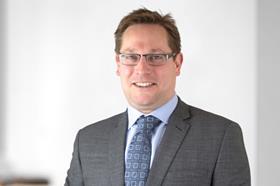 Matthew joined the firm as a trainee in 1999 and became a partner in 2009. He has been head of the real estate group for the past seven years. He was unanimously elected to this new position. Former managing partner Michael Giddins has returned to full-time fee earning as a partner in the dispute resolution team, following a 12-year term.