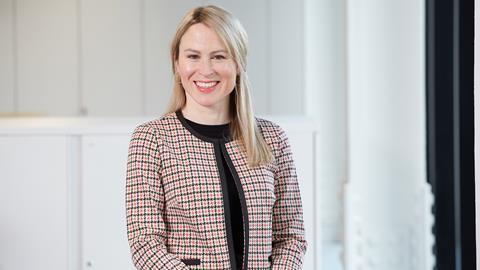 I am not sure I was destined to be a lawyer but I was always pretty analytical and liked to problem-solve. Without much of an idea about where it would take me, I decided to study law and Spanish at Sheffield University, predominantly for the promise of a year in Spain.

I used to joke with school friends that I was going to be Manchester United’s lawyer. I was a big United fan and had seen how club lawyer Maurice Watkins represented Eric Cantona in the infamous kung-fu kick case and thought that sounded like a great job. Little did I know back in the 1990s that sports law, as the huge industry it is now, was only really in its infancy so my chances of ‘making it’ were pretty slim.

I put my sports law career down to a bit of luck, being in the right place at the right time and an awful lot of hard work. I did my training contract at Hammonds and was lucky enough to work with fantastic lawyers such as Jon Taylor, Max Duthie and Paul Manning. They really nurtured me and I learnt so much. I fondly remember my first case defending a greyhound that had been banned for life for biting. On qualification, I moved to Couchmans, the sports law boutique. I was then seconded to the football agency, Proactive. I worked on a lot of matters for 17-year-old Wayne Rooney, as well as other established players.

A few years later I was fortunate enough to move back to Manchester and take up a role in Maurice Watkins’ sports team at James Chapman. I was then seconded to Manchester United (this was before the advent of club in-house lawyers). As a United fan, this was a dream come true. In my first few weeks, I presented to the board and dealt with the Glazer family during their takeover, so I was certainly in at the deep end. I mainly dealt with commercial matters, but memorable moments include dealing with the Robin van Persie transfer and Sir Bobby Charlton on his role as club ambassador.

About eight years ago I moved to the national firm Mills & Reeve to join Mark Hovell. Together we have built the sports, entertainment and media sector with a great team of lawyers. Mark is a well-known and highly regarded Court of Arbitration for Sport arbitrator. Our work streams complement each other as I and others in our team tend to advise and act as an advocate on sports regulatory issues, transfers, agency matters and disciplinary cases, whereas Mark hears the cases that effectively establish the sports law jurisprudence at global level. I love working alongside Mark as he’s so commercial and always thinks outside of the box.

Alternative dispute resolution has always been of particular interest. While arbitration is embraced, mediation is underutilised, given its potential to avoid lengthy and costly proceedings and to preserve relationships. So I studied to qualify as mediator, became a Sport Resolution mediator and have recently been appointed a FIFA mediator, alongside 18 others globally. This role will entail mediating international football disputes, whether at FIFA’s instigation or the parties’ request. I’m excited about the potential ripple effect of FIFA’s acknowledgement of the importance of mediation within the wider sports industry.

A real draw of Mills & Reeve was the firm’s international practice. We are the largest law firm in England without an overseas office, so our global network of ‘best friend’ firms is key – about 30% of our business is international. I head the firm’s Latin American desk, where I act as the conduit between our Latin American firms and our respective clients. I source the most appropriate lawyers depending on whether the instructions are inbound or outbound, and the requirements of the particular transaction and clients.

Speaking Spanish has enabled me to advise Spanish-speaking players. This has included Jonás Gutiérrez (on his discrimination claim against Newcastle United), Angel di Maria and Pablo Zabaleta, among many others, and clubs such as Sevilla and Murcia.

People think that sports law is glamorous – and of course it has its moments – but it’s also hugely competitive. You have to work hard to be at the top of your game and succeed. I often get asked about the most famous person I’ve met or advised. I’ve been so fortunate to have advised on some really high-profile matters but, as a Manchester United fan, being invited to Alex Ferguson’s room after a match and having him sing ‘Oh Carol’ to me is a memory that will forever make me smile.