I was always unsure what career I would end up pursuing but in the end I decided on doing a law degree to follow in my father’s footsteps. As my father has his own practice, I had seen first-hand the workings of a law firm. I knew it would be no easy feat to climb the legal career ladder, though it would be well worth it. I was fortunate to have the support of my family. 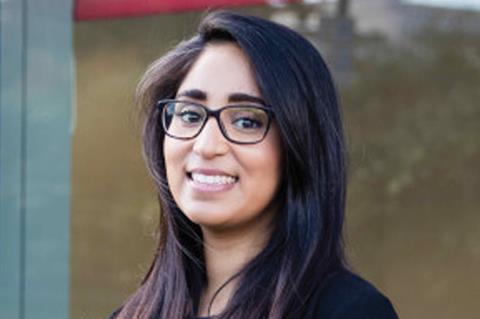 I took the conventional route to law, graduating from Brunel University with a 2:1 and enrolling at Central London BPP to complete my LPC. I then began to look for work to obtain some experience in a law firm before securing a training contract.

I took an unplanned gap year to care for my grandfather, which was more rewarding in every way than it was difficult. I learned a great deal about life, grew as a person and matured beyond my years.

I approached DTM Legal for a dispute resolution paralegal role and have never looked back. I learned so much in my first week and was keen to see how my career could develop with the firm. I decided to apply for DTM Legal’s training contract scheme as I knew that the training would be second to none.

I qualified as a solicitor in March 2019 and was fortunate to be offered a position within DTM Legal’s dispute resolution team, led by Jim Morris. I received impeccable training across the firm’s two offices in Chester and Liverpool, with seats covering insolvency, employment, corporate (with some private client) and dispute resolution.

From working as a paralegal in the dispute resolution team before I obtained my training contract, I had a strong feeling that I would like to qualify into litigation. I was very lucky to secure a position in litigation as a newly qualified solicitor – and look forward to developing my experience and knowledge with such a fabulous team.

The most memorable highlight of my career so far would have to be attending a trial at the Technology and Construction Court (TCC) in the Rolls Building. This was a multi-million-pound claim brought by a company in Saudi Arabia which included a three-week trial, involving substantial witnesses, experts, electronic bundles, electronic disclosure platforms and cross-examination via video link.

During my training, I was lucky enough to attend the TCC during our counsel’s cross-examination on a matter our team had worked on tirelessly. It was fascinating to see the QC in action and all of our hard work in preparation being relied on.

With the ever-developing world of IT, those at the start of a career in law are expected to be more proficient across IT systems. They need to be able to quickly grasp e-filing, e-disclosure and various online platforms.

When starting your career, the praise, critique and explanation of a piece of work or point of law from an experienced lawyer is invaluable. DTM Legal provided exactly this.

I joined Merseyside Young Professionals (MYP) in August 2017. MYP is a networking organisation run by and for up-and-coming professionals across Merseyside. We aim to put on at least one event a month, with a big summer party and ball at the end of the year, providing members with opportunities to develop and enhance their networking skills and business connections.

The idea of the Liverpool Sportswoman’s Lunch was to deliver an alternative, modern and female-oriented version of the prevalent sportsman’s lunches. We secured an incredible speaker, Great Britain’s greatest-ever female gymnast, Beth Tweddle MBE, and an amazing location in the Grand Hall at 30 James Street. In September 2018, we welcomed 250 guests to the inaugural Liverpool Sportswoman’s Lunch and raised £6,773.67 for Alder Hey Children’s Charity.

This September, we have four-time Olympic medal-holder Rebecca Adlington OBE as our guest speaker, raising money for the Encephalitis Society.