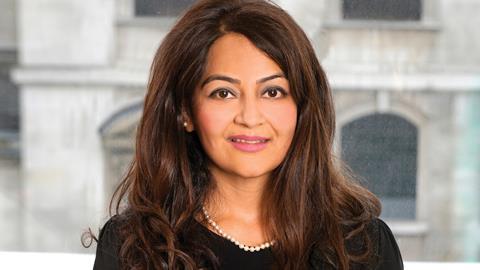 Growing up in London’s Harlesden in the eighties sparked my interest in pursuing a legal career. It was a politically challenging time and I witnessed a lot of frightening racial harassment. I despise inequality and injustice, and passionately wanted to make a difference.

In my legal career, I have been fortunate to be in the right place at the right time. Being prepared to take opportunities outside one’s comfort zone has definitely helped. After graduation, I did not immediately manage to secure a training contract or a funded Legal Practice Course. I volunteered at Harrow CAB.

Having trained and qualified at Christian Fisher, I was made partner at CK (as was) in 2004. In 2009, I joined Bindmans LLP. Since June 2018 I have been at Irwin Mitchell.

I was fortunate to train at CK with three trailblazing partners: Louise Christian, Mike Fisher and Sadiq Khan. It was amazing, frontline training and I soaked it up. I was pushed to challenge boundaries and never to take no for an answer. CK was incredibly dynamic and cutting edge, and massively contributed to positive developments in the law. Being part of that history is really special. There were many moments of panic, but looking back they were great days which have shaped me into the lawyer I am.

I have two children and constantly battle the differing demands of private practice, home life and the guilt about not being with my kids more. That said, I have benefited greatly from working flexibly both at Bindmans and Irwin Mitchell.

I am fascinated by the psychology of work-life interactions. I undertake discrimination and whistleblowing cases, and meet troubled clients who have been blatantly wronged. It is a real privilege to help them enforce their rights. I enjoy intervening to fix issues.

I would like to see an extension of the contractual right to enforce equal pay to all protected characteristics, including ethnicity and the disability pay gap

A memorable highlight of my career was appearing on the Ten O’clock News when I was acting for the mother of Toni-Ann Byfield, a seven-year-old who was shot dead while in the care of Birmingham Social Services. I read out a press statement demanding a public inquiry. Another highlight was assisting a group of primary school children in the Royal Borough of Kensington and Chelsea. They were 70% Muslim and were refused halal school meals. We issued a judicial review and the school caved in on the steps of the court.

I was also instructed to attend a conference with Cherie Booth QC at Downing Street when acting for Kamlesh Bahl, former vice-president of the Law Society. I remember being ushered into Number 10 by a police officer. As we walked up the stairs, we passed a meeting room where the cabinet was settling down for a meeting – it was just surreal.

Other highlights include winning the Young LAPG Lawyer Award in 2005 and the Association of Muslim Lawyers Female Lawyer of the Year in 2012.

One of the common challenges I have come across in employment/professional discipline cases involves the ability of professionals to claim damages for breaches of their contractual disciplinary procedures. This is due to Edwards v Chesterfield Royal Hospital NHS Foundation Trust.

Employment tribunal fees were an enormous barrier to access to justice and wiped out the ability of employees on lower incomes to seek redress. It is a basic requirement of natural justice that access to the law must be within the reach of all. The abolition of the fees was greatly welcomed.

I hope that the profession starts to lead by example – striving for equality, calling out unlawful discrimination and harassment, and putting a genuine emphasis on the wellbeing and mental health of staff. The cases that come across my desk still paint a depressing picture.