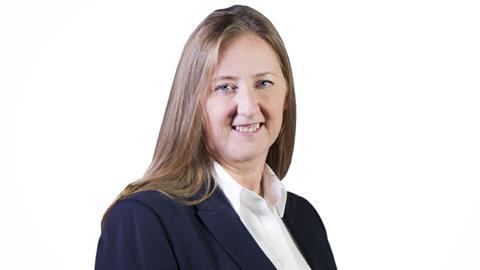 I have been qualified for 19 years. In that time I have specialised in national and international family law, with an emphasis on the international movement of children, child protection and children law, including all types of adoption and domestic violence.

I was born and bred in Coventry. After leaving school I was a civil servant at the local tax collection office. I went to Coventry University to study law and thereafter Birmingham UCE school of law. I trained in Coventry, initially in the criminal and then family department at Bate Edmond Snape. It was a busy practice. I was given rights of audience practically from day one, so I had to learn fast.

I stayed in Coventry for a few years after qualification before moving to a practice in Rugby where I effectively did an apprenticeship in child abduction matters. For the past six years I worked in a large East Midlands firm before opening my own practice in August.

Several of my cases have been reported. Although I was the subject of a wholly unmeritorious application by a litigant in person, my resolve has not been weakened. I love this profession as much today as when I qualified.

Several years ago I was invited to speak at a Women’s Health Day in Nottingham. The topic was female genital mutilation and I spoke from the perspective of a family lawyer. The audience was fascinated to learn that the UK had legislation that could be used to prevent and protect girls (and even adults) from FGM. I have spoken at conferences and seminars since then, and have written articles in newspapers, been on the radio, two BBC documentaries (one about FGM and the other about international child abduction) and been involved with an amazing FGM charity, Mojatu, based in Nottingham. It does charity work at grassroots level to bring the community together to raise awareness of FGM and provide an outreach to anyone touched or concerned by FGM.

I was recently invited to be a panellist in a parliamentary debate on new and old FGM legislation. It was hosted by Lilian Greenwood MP. The other panellists included volunteers from Mojatu, a mental health expert, a research expert, an FGM specialist midwife and the sheriff of Nottingham. It was hugely successful and as a result I have been invited to Gambia to work alongside Mojatu to lobby the Gambian government and work with FGM cutters, to educate and retrain them to become health workers and midwives. It has long been recognised that if the cutters could have an equal income and respect in their community, they could be the key to eradicating FGM.

I am lobbying the Lord Mayor of Coventry to follow Nottingham and become a City of Zero Tolerance for FGM. I will do what I can, for as long as I can, to see FGM consigned to the history books. I invite all like-minded people to join the campaign.