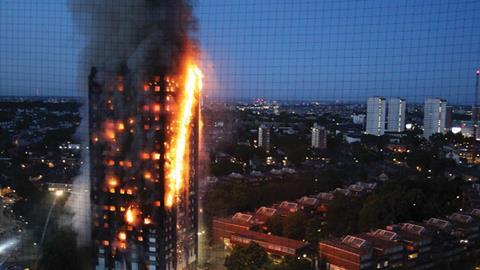 Is access to justice an essential public service, akin to state schooling and lifelong healthcare free at the point of delivery?

The Law Society believes it is – or at least should be – and pushes the point hard in a damning new report on the social consequences of swingeing funding and scope cuts to civil legal aid. Barriers erected by the Legal Aid, Sentencing and Punishment of Offenders act (LASPO) in 2013 have denied justice to some of the most vulnerable people in society, Chancery Lane argues in Access Denied? LASPO four years on.

It would be obtuse to deny that the report is exquisitely timed. ‘Shrinking the state’ in the name of the dominant ideology of the last four decades is an establishment article of faith under intense critical scrutiny in the wake of the Grenfell Tower disaster.

Society president Robert Bourns said: ‘There have been reports that tenants of Grenfell Tower were unable to access legal aid to challenge safety concerns because of the cuts. If that is the case then we may have a very stark example of what limiting legal aid can mean.

‘Legal advice and access to justice are fundamentals for a dynamic society – one in which the powerful are held to account and the public interest promoted to protect the weak.’

Paring legal aid did not begin with Conservative (or indeed Conservative-led) governments, of course. Under New Labour, spending on core civil legal aid – housing, employment, community care and benefits – fell by 24% in real terms between 1997 and 2006. ‘This makes a mockery of Labour’s rhetoric on social exclusion, and its mantras on fairness and the rule of law as a British value,’ one newspaper critic raged at the time.

Fees paid for legal aid have not been increased in line with inflation since the second year of Tony Blair’s first administration in 1998/99 – a real-terms cut of more than a third.

The suspicion, then as now, is that successive governments have allowed civil legal aid to wither away, confident in the knowledge that this particular manifestation of the post-war welfare state has rather less political traction than crumbling schools and hospitals.

But what LASPO has done is make matters much worse, according to the Society. LASPO part 1 sought to prune annual spending by £450m, but the demographics of legal aid recipients before 2012 ‘clearly indicate these cuts have fallen disproportionately on the most economically deprived’, the report says.

‘Legal aid is a lifeline for the vulnerable,’ Bourns added. ‘Early legal advice can help people sort out their problems and prevent them from having to rely on welfare support or involve the courts. This makes a real difference to them but also saves taxpayers money.

‘Failure to get early expert legal advice can result in problems escalating dramatically, when they could have been nipped in the bud. The cuts have led to many people facing court unrepresented, in cases where lawyers would have resolved the issues without involving the court.’

Access Denied? argues strongly that excluding lawyers from the process has proved a disastrous own goal. Research is quoted showing that a typical young person with a civil legal problem costs local health services, housing services and social services around £13,000 if they cannot receive early advice.

Throughout the passage of LASPO ministers also insisted cuts to early advice in family law would be offset by increased uptake in the use of mediation, and that those whose fundamental rights were at risk would be protected through exceptional case funding (ECF). But this has not happened – mediation cases have fallen and applications for exceptional funding have proved far lower than expected.

The Society believes this is easily explained. Ministers failed to take account of the fact that solicitors providing early advice were a significant source of referrals to mediation; and not only are ECF applications both difficult and time-consuming, solicitors get paid only if the application is successful.

Bourns added: ‘Removing lawyers from the process is a false economy. The cuts in legal aid for family law have put people off seeking advice and support from solicitors who can explain where they stand and what their rights are. Behind the data are hundreds of thousands of people who can no longer obtain legal aid for matters such as family break-up, a range of housing problems, challenges to welfare benefits assessments, employment disputes, or immigration difficulties.

‘The previous government was about to commence a comprehensive post-implementation review of both parts 1 and 2 of LASPO before the election was called. We hope that the new government will be able to commit to continue with this.’

The report is on the Law Society website at tinyurl.com/yd5kuwqy.

Areas of law that LASPO removed from scope