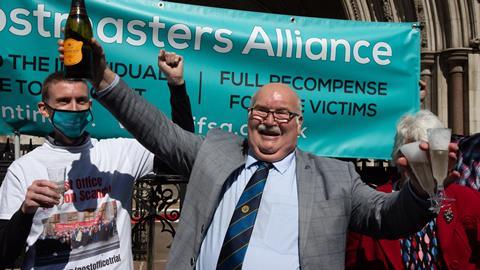 There are calls for a full, judge-led public inquiry into the Post Office prosecution of former subpostmasters, with many wondering what role lawyers played in this miscarriage of justice

Some 39 former subpostmasters accused of theft have had their convictions quashed in the Court of Appeal, in what has been widely acknowledged as one of the biggest miscarriages of justice in UK legal history. But in many ways this is just the start of the matter. The Metropolitan Police is investigating allegations of perjury; the Solicitors Regulation Authority is looking into what role solicitors played in the disclosure of key evidence; and the issue of private prosecutions is under the spotlight more than ever.

All of which would suggest that a full, judge-led public inquiry into the long-running affair is required – but currently the only public inquiry, chaired by president of Welsh tribunals Sir Wyn Williams, is considering only what went wrong with the Horizon IT system. Its terms of reference do not include the Post Office’s prosecution function – or matters of criminal law.

London firm Howe & Co, which represents 555 individuals in pushing for a statutory inquiry, wrote last week to the Department for Business, Energy & Industrial Strategy – which oversees the Post Office – asking to pause the current inquiry, re-establish it on a statutory footing and consult again on the terms of reference.

‘The department should be called as witnesses under oath, not have effective control of the inquiry,’ Howe partner David Enright told the Gazette. ‘The Post Office wrongly prosecuted so many upstanding pillars of the community and its owners want to mark [their] own homework – that is unconscionable.’

Last week business minister Paul Scully told the Commons that the inquiry would look into the Post Office’s ‘who did what’ approach, but resisted calls for a full judicial inquiry.

Scully also promised that victims will receive ‘fair, consistent and speedy compensation’. Lawyers for the subpostmasters point out that the Post Office spent up to £140m defending civil litigation last year, so few of those awaiting recompense are hopeful of a swift and uncontested resolution. There is also the question of the victims’ costs: it is understood that most of the damages already awarded have been absorbed by legal costs and litigation funders, and questions are asked about the continued inequality of arms.

Any public inquiry would inevitably look into the role lawyers played in the prosecution and may ask whether anyone sanctioned or authorised the withholding of evidence indicating Horizon’s unreliability.

In the appeal ruling, Lord Justice Holroyde said documents submitted to the court suggested a culture of ‘seeking to avoid legal obligations when fulfilment of these obligations would be inconvenient and/or costly’. The Post Office was told by a barrister in 2013 – shortly after the last of the successful prosecutions – of issues arising from expert witness advice relied upon in court. This legal opinion stated that the expert had been aware of at least two bugs in the system, a fact which should have been disclosed to any defendant who based any of their defence on computer faults.

The ruling stated that, in relation to one prosecution, a legal executive sent a memo admitting he had not mentioned that another defendant had raised the Horizon issue, adding: ‘They can find out for themselves’.

In a joint statement, Paul Harris and Oneija Taher of Edward Fail, Bradshow & Waterson; and Sam Stein QC and Lynton Orrett of Nexus Chambers, who represented some of the defendants, called for an urgent criminal investigation into what went on. They added: ‘The investigation must be wider and question financial investigators, senior management and lawyers acting on behalf of the Post Office.’

In an online blog, Richard Moorhead, professor of law and professional ethics at Exeter Law School, said the SRA and BSB must join any investigation.

He wrote: ‘If we ask the traditional question of all such scandals, “where were the lawyers?”, the only response is, “where weren’t they?”. Because they were either at the heart of it or ought to have been. Not solely responsible, of course, but importantly responsible.’

The Post Office has apologised and stated that its culture, practices and operating procedures have all changed. It will certainly face more questions in the coming months and years, and lawyers for those subpostmasters whose lives were ruined will hope their clients find some solace in the answers. That is unlikely to happen without much wider scrutiny than currently promised.