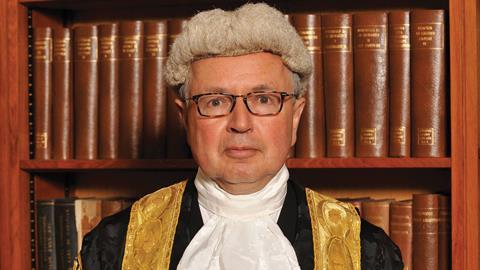 The panel set up to review the Human Rights Act appears unlikely to push for its dismemberment. Instead, the review’s restricted scope may pave the way to consensus

Amnesty International had no doubt about the plan. ‘Tearing up the Human Rights Act would be a giant leap backwards. It would be the single biggest reduction in rights in the history of the UK,’ declaimed director Kate Allen within moments of the lord chancellor’s announcement of an independent review of New Labour’s 1998 act.

Law Society president David Greene adopted a more positive tone. Noting that the rights enshrined in the HRA are core to the UK’s identity, he said: ‘These core values will be front and centre for the panel, whose job will be to ensure that they are not rolled back or compromised.’

Certainly, if tearing up the HRA is Robert Buckland’s intention, he is going about it in a strange way. The Conservative party’s most recent manifesto pledged only to ‘update’ the act – a retreat from 2010, when the Tories promised repeal. The review announced last week will focus on just three areas for ‘updating’: the relationship between the domestic courts and the European Court of Human Rights; the HRA’s impact on the relationship between the judiciary, executive and parliament; and the implications of the way in which the act applies outside the UK.

Meanwhile the practising lawyers and academics who are members of the review panel do not look like wreckers. The practising members (including Simon Davis, immediate past-president of the Law Society, and Baroness Nuala O’Loan from the solicitors’ profession, along with Lisa Giovannetti QC and Alan Bates from the bar) include staunch defenders of human rights and the way they are codified in the act.

Of the remaining members, Professor Maria Cahill, Sir Stephen Laws QC and Professor Tom Mullen, only Laws could remotely be described as representing the ‘tearing-up’ tendency. The former parliamentary draftsman is a prominent figure in thinktank Policy Exchange’s Judicial Power Project, which over recent years has critically examined the judiciary’s constitutional role. In a paper earlier this year, Laws argued that last year’s Brexit impasse demonstrated the need for the government to ‘reassert the principle that decisions, once enacted in primary legislation, should only be capable of being changed by or under primary legislation initiated or acquiesced in by the government, subject of course to the influence that parliament always has over government’.

'Tearing up the Human Rights Act would be a giant leap backwards. It would be the single biggest reduction in rights in the history of the UK'

The great unknown of course is the opinions of the review’s chair, former senior presiding judge Sir Peter Gross. However, it is possible that Gross came on the government’s radar for his brisk dismissal in 2018 of an application for judicial review on EU withdrawal. ‘It is difficult to conceive of a challenge more detrimental to the conduct of a major issue of national and international importance, whatever political view is taken of the merits or the demerits of Brexit,’ he ruled. ‘Put bluntly, the debate which the claimant seeks to promote belongs firmly in the political arena, not the courts.’

No doubt the prime minister wishes more judges were as forthright on the limits of judicial reach.

The Gross review is due to report next summer, the lord chancellor revealed last week. It will act as one strand of the government’s action to meet a manifesto commitment to set up a ‘constitution, democracy and rights commission’. Dashing speculation that we would be treated to a constitutional spectacular, perhaps chaired by Lord Sumption, Buckland said: ‘Rather than having a Royal Variety performance of a range of issues dealt with at one sitting, I concluded a series of focused reviews, of independent men and women, were the better way of dealing with some of the important and sensitive issues that we pledged in the manifesto to address.’

This is practical talk. Here, Buckland will be well aware of a warning from recent history. The coalition government’s Commission on a Bill of Rights spent 20 months examining whether the HRA should be superseded by a UK bill of rights. Broadly, it concluded that it should: but split spectacularly over the scope of the new rights. David Cameron’s government quietly shelved the idea.

With its more limited scope, the Gross review may be better equipped to find a consensus on some of the constitutional questions thrown up by the HRA. It is vanishingly unlikely to conclude that Jeremy Bentham was right, 225 years ago, to describe the concept of natural rights as ‘nonsense on stilts’. For the moment, at least, Amnesty International can train its guns elsewhere.