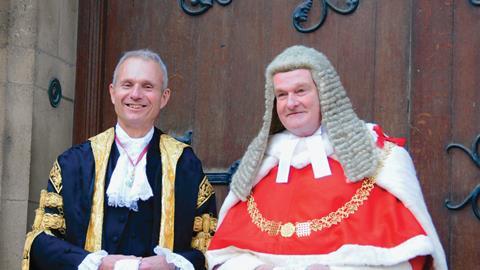 A dash of Kipling

Lord chancellor David Lidington poses at the entrance of the Royal Courts of Justice with Sir Ian Burnett before the latter’s swearing in as the new lord chief justice. The ceremony was held on the first day of the new legal year, along with the swearing in of Lady Hale of Richmond as president of the Supreme Court – the first woman to take the role. Lord Mance was also sworn in as deputy president.

In a speech pledging his commitment to uphold judicial independence, Lidington quoted Rudyard Kipling: ‘Ancient right unnoticed as the breath we draw; Leave to live by no man’s leave, underneath the law.’