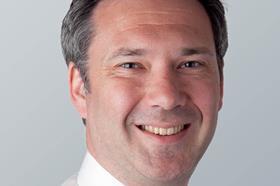 Gareth Price, who trained at Allen & Overy and was made partner in 2003, will take up the post on 1 May, following the retirement of Ballheimer on 30 April after 15 years in senior management roles at the firm. Price has been the global head of both the projects group and energy for the past eight years.

Price said: ‘I am very grateful for the support of the partnership in being elected to this role. A&O has always been a place of innovation and entrepreneurship and I look forward to working closely with Wim as senior partner to ensure the firm continues to flourish and push the boundaries in legal service delivery as a global elite law firm.’

Price has been granted an initial term of four years. Earlier this week, the firm also revealed that Wim Dejonghe, who took over as senior partner in 2016, has been re-elected for a second term.