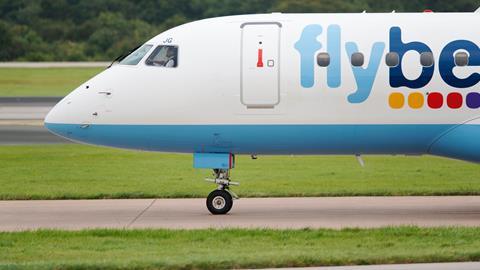 Law firms are owed over £100,000 by collapsed airline Flybe, which faces creditor claims in the region of £320m.

The law firms stand to recoup a fraction of the sum, with administrator EY estimating that a maximum prescribed part of £600,000 will be available for distribution to all unsecured, non-preferential creditors.

Flybe went into administration on 5 March after Covid-19 caused a sharp decline in bookings. A government rescue bid fell apart after ministers rejected a request for a £100m state loan.

According to the statement of administrator’s proposal, unsecured claims from non-preferential creditors are expected to amount to £317.6m, although ‘it is possible this figure will be higher’. The current estimate of preferential creditors is £3.5m in respect of claims for employee’s salaries, holiday pay and pension contributions.

Bryan Cave Leighton Paisner is acting for EY and, according to the same statement, has charged £64,348 in pre-administration costs.

EY said Flybe has entered administration to ‘achieve a better result for the company’s creditors as a whole than would be likely if the company were wound up (without first being in administration)’. However, it said a going concern sale of the business and assets of the company may be possible.