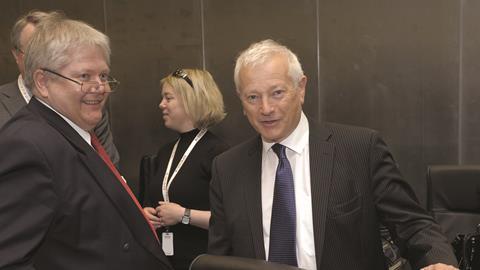 A long-awaited report from a commission set up by the former justice minister and Labour peer Lord Bach adds weight to the mounting body of evidence that legal aid cuts have significantly eroded access to justice, the Law Society has said.

Society vice-president Christina Blacklaws said the Bach Commission’s report, which will be presented to the Labour party conference in Brighton on Monday, reinforces the central message of Chancery Lane’s own recent report on access to justice.

Blacklaws said: ‘If people cannot access advice or protect their rights, then effectively those rights do not exist. People in England and Wales whom parliament vowed at the time of the Legal Aid, Sentencing and Punishment of Offenders Act 2012 (LASPO) should be able to access legal help are clearly unable to get the advice and representation they need.’

The commission proposes a Right to Justice Act, which would codify and supplement existing rights and establish a new right for individuals to receive reasonable legal assistance, without costs they cannot afford. A newly established independent body, the Justice Commission, would promote, develop and enforce this right.

After admitting last year that the last Labour government helped to erode the ‘broad consensus’ about the need for legal aid and access to justice, Bach, in a foreword to the commission’s report, said ‘too many people pay lip service to the concept of access to justice without having sufficient regard for what it actually means’.

Writing exclusively in the Gazette, Sir Henry Brooke, retired Lord Justice of Appeal and vice-chair of the commission, said the 25% cuts inflicted 'at one fell swoop' by the coalition government 'were dictated by a political priority that left justice among the also-rans. I spent the eighth decade of my life comforting the walking wounded'.

The commission calls for a significantly simpler and more generous legal aid scheme; evidence for civil and criminal applications to be simplified and relaxed; and legal aid to be restored for early legal help to pre-LASPO levels for all social welfare law. The Legal Aid Agency should be abolished and replaced with an independent body running the legal aid system at arm’s length from the government.

Commenting on the report, shadow justice secretary Richard Burgon said: ‘There is much in Lord Bach’s report that the government could implement ahead of the next election if it is serious about restoring access to justice.’

Justice minister Dominic Raab, in a statement this afternoon, said: 'We spent £1.6bn in legal aid last year, a quarter of the Ministry of Justice's budget, to maintain access to justice. We will continue to focus legal aid on those who most need help, recognising the cost of this support is met by the taxpayer, even as Labour produce yet more unfunded proposals.'