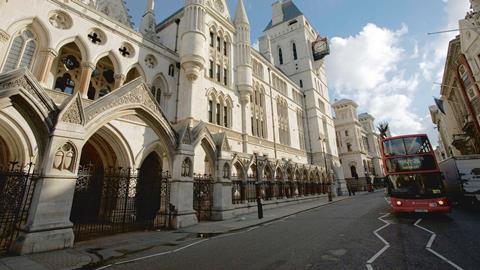 Boutique firm wins case against solicitor over move to competitor

A boutique employment law firm has won a High Court claim against a former director over her attempt to join a direct competitor as a partner.

Law by Design (LBD), a Manchester-based firm which largely works for NHS clients, brought the case against solicitor Saira Ali after she resigned last May to join national firm Weightmans.

Ali, 46, prepared a ‘business plan’ for Weightmans in which she said she could ‘transition’ clients generating around £250,000 a year – more than a third of LBD’s turnover – from her former employer, the court heard. She argued that non-competition covenants in her agreement with LBD, which prevented Ali working for a competitor on business she was involved in for LBD for 12 months after she left, were unenforceable.

However, the High Court today ruled in LBD’s favour, saying the firm was ‘entitled to seek to protect the customer connections built up by LBD employees providing legal services to NHS clients’.

Jason Beer QC, sitting as a High Court judge, said the principal part of LBD’s business is ‘the provision of employment law services to NHS bodies’ in the north west of England and to a single NHS body in Hertfordshire.

He also said that Ali’s practice at LBD was ‘almost exclusively in employment law for NHS clients’, which was ‘consistent with the way that Ms Ali sold herself to Weightmans in her business plan’.

The seven-page business plan stated Ali ‘anticipates transitioning [her] clients and revenue’ to Weightmans, Beer said, which shows ‘in the clearest possible terms that Ms Ali intended to “transition” … some £252,000 of LBD’s business over to Weightmans’.

Ali also wrongly described her work as ‘self-generated’, the judge added, and regarded her largest client as ‘personal to her, her own, and as something that she was entitled to transport’.

He found that the non-competition covenant, which ‘allowed (and allows) Ms Ali to join a business anywhere in England and Wales that does not compete with LBD for NHS clients in the north west or in the area covered by the Herts Valley CCG’, was ‘no wider than is reasonably necessary' to protect LBD's interests.

In effect Ali was asking the court to release her from a contractual restraint so that she could join 'the very type of competitor in respect of whom the restraint was intended to apply', Beer concluded.