The Civil Justice Council has today recommended increases in the Guideline Hourly Rates ranging from 7% to nearly 35%, dependent on grade and location.

Its recommendations appear in a keenly awaited 100-page report produced by a working group led by Mr Justice Stewart. Responding, the Law Society said the rates were ‘long overdue for review’, but stressed any changes must be considered in the context of other civil justice reforms.

GHRs have not risen since 2010. A previous attempt to revise them in 2014, led by a CJC sub-committee led by Mr Justice Foskett, ended in failure. Lawyers were unforthcoming with commercially sensitive information surrounding what they charge their clients. Though that sub-committee did recommend changes, then master of the rolls Lord Dyson declined to implement them because he said they were not based on adequate evidence. 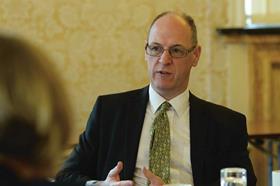 Miller: ’Important to consider in context’.

‘We are pleased to see the Civil Justice Council’s report on guideline hourly rates has now been published - including points for consultation,’ the Law Society’s head of justice Richard Miller said this afternoon.

‘Guideline hourly rates for solicitors have not been changed in over 10 years and were long overdue a review. Revised rates would give both solicitors and their clients greater clarity about costs and we look forward to responding to the consultation points raised in the report.’

He added: ‘Although this report has been carried out as a standalone piece of work, it will be important to consider these changes in the context of other civil justice reforms including the Ministry of Justice’s work on fixed recoverable costs and the wider HMCTS reform programme.’

The recommended new rates, described in the report as ‘modest’, range from £512 (London 1, Grade A) to £126 (National 2, Grade D). The CJC report also proposes limited amendments to the geographical areas relevant to GHR bands.

Today’s report, which is out for consultation until 31 March, can be read here.

The issue of guideline hourly rates has increasingly come under scrutiny in recent years, with judges suggesting in costs rulings that they are no longer applicable.

In PLK & Ors last year, a Court of Protection case, Master Whalan said that if hourly rates claimed fell within around 120% of the 2010 guideline rates, they should be regarded as ‘prima facie reasonable’, albeit still subject to assessment.

In Cohen v Fine & Ors from November 2020, Judge Hodge drew on his experience of sitting in those courts both in the Rolls Building and the north-west, to assert that until the CJC’s formal review was published, ‘the guideline hourly rates should be the subject of, at least, an increase that takes due account of inflation’.