The Judicial Review and Courts Bill will ‘streamline procedures’ for using technology in the courts to tackle the backlog of cases, the lord chancellor has said - although the proposed reforms have raised concerns about the ability of litigants to participate in legal proceedings.

While much of the focus of attention has been on judicial review, the bill also proposes significant changes to the criminal and civil courts, as well as employment tribunals and coronial proceedings.

The bill, for example, allows criminal defendants to choose not to have an in-person hearing for their first appearance before the magistrates court and to indicate their plea in writing.

Coroners will also have the power to conduct inquests remotely and some ‘non-contentious’ inquests in writing if the coroner considers there is ‘no real prospect of disagreement’ between the parties as to the findings an inquest should make and there is ‘no public interest that would be served by a hearing’. 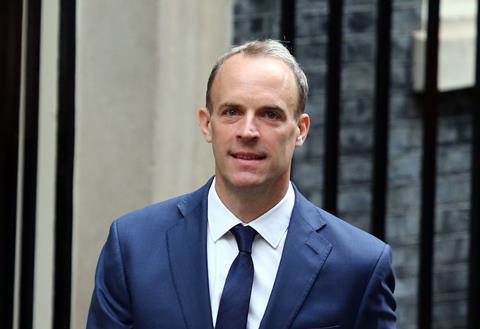 The Association of Personal Injury Lawyers has previously said that the bill should be amended ‘to require the agreement of families before an inquest is held online’ and warned that families with no or insufficient internet access could be ‘excluded’ from proceedings.

At the bill’s second reading in the Commons this week, Dominic Raab said the government was ‘taking every measure and straining every sinew’ to tackle the courts backlog and claimed the proposed reforms could free up to 400 Crown court days a year.

Raab also said the ‘more efficient processes for allocation of cases in the Crown court and the magistrates court’ would enable ‘swifter resolution of low-level offences’, such as travelling on a train without a ticket.

But concerns were raised about the impact of the reforms on transparency and the ability of litigants to participate in legal proceedings.

Shadow lord chancellor David Lammy said: ‘While Labour supports measures that would make the justice system more efficient, we must ensure that no one is left behind and that adequate safeguards are in place to prevent serious injustices.’ He called for a ‘a specific commitment to assist digitally excluded individuals would offer better protection’.

Labour MP Andy Slaughter added: ‘We must make sure that this drive to digitisation leaves no one behind. Justice must never be sacrificed for efficiency.’