Court safety during the pandemic continued to come under scrutiny last week, with reports of Covid outbreaks in buildings and solicitors exposed to clients with symptoms.

Doncaster Justice Centre North closed for a day after HM Courts & Tribunal Service said a ‘small number’ of staff and court users were thought to be infected. The site was deep cleaned and reopened within a day, but one user told the Gazette the outbreak was bigger, with as many as 14 – including two solicitors – showing symptoms.

In London, criminal defence firm JFH Crime said a client had been brought to Highbury Corner Magistrates’ Court with obvious Covid symptoms, but nobody informed her solicitor before she saw him. The solicitor is isolating for 10 days and was due to be tested to see if she had caught the virus. 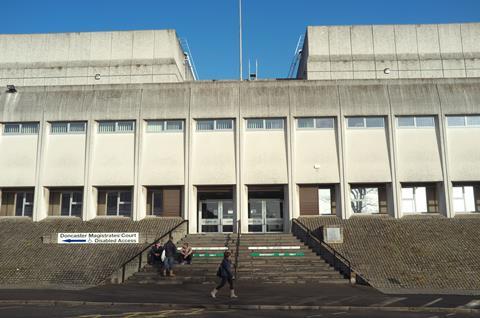 In another case, a barrister reported that her client’s cellmate tested positive for Covid-19 and, despite notifying the court, her client was produced last week at Inner London Crown Court.

Concerns remain that so many physical hearings are taking place despite the risks. One member of court staff, who wished to remain anonymous, has also reported that even the smallest safety improvements are being ‘fought over tooth and nail’, with clerks clashing with court users over reducing risks.

An HMCTS spokesperson said the courts service is following all public health and government Covid-secure guidelines and has in place measures to keep all court and tribunal users safe. These are under constant review.

Figures published last week suggested that physical hearings became much more common towards the end of 2020, as the number of remote hearings fell away.

Responding to a written parliamentary question, justice minister Chris Philp MP said there had been 67,004 physical hearings in December compared with 60,453 held remotely.

That was in stark contrast to earlier in the year: in June and July  almost 191,000 remote hearings took place, against 73,000 physical hearings.