Court shortage: ‘Dozens of suspects may have to be released’

'Dozens’ of suspects could be released who might otherwise have been kept in custody due to the government’s failure to provide enough courts to hear jury trials before custody time limits expire, it has emerged.

The prospect was mooted by lawyers as a Crown court judge ordered that a man accused of drugs offences be released from prison because the shortage of courtrooms meant his trial was unlikely to be heard until next year.

In a highly unusual ruling, the judge criticised the inadequacy of the government’s funding of the criminal justice system and its response to the pandemic, which meant that ’many defendants in custody will not be tried until well into 2021’.

Since lockdown, which temporarily halted jury trials in March, the Crown court case backlog has risen to over 41,000. Although many courtrooms remain closed, the government has hired facilities at 10 sites to create extra ’Nightingale’ courts.

Sitting at Woolwich Crown Court, HHJ Raynor said: ’The delays in bringing cases to trial which are being experienced by the courts will not be alleviated by the current steps that are being taken by Her Majesty’s Court Service.’

He said that if ’sufficient investment had been made to create dozens (not ten) additional courts to undertake criminal trials’ the situation might have been different.

His comments came in the case of man accused of drugs offences who has been held in custody since his arrest, eight months ago, after two bail applications were refused. Lockdown meant that his trial in May was postponed and since then the court has twice extended the custody time limit.

Refusing a third prosecution application, Raynor said the lack of available courts to hear jury trials and the lack of money provided by parliament to provide sufficient space for trials did not amount to good enough reason. He added that the court has sought to prioritise cases according to the age and vulnerability of parties involved and the seriousness of the charges, but as there were no factors that made this case a ’high priority’, there was no ’realistic prospect of this trial coming on soon’.

The man was released on bail with conditions that included residence at a stated address and an electronically monitored curfew. 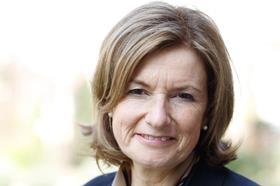 Caroline Goodwin QC, chair of the Criminal Bar Association, told The Gazette there were ’growing concerns that several or even many dozens of suspects for a whole range of less serious crime may inevitably have to be released from custody’ in the wake of the ruling.

Goodwin said the ’custody logjam’ was a ’crisis of the government’s own making.

A spokesman for HM Courts & Tribunals Service said that 90% of court buildings are open, remote hearings have increased, urgent cases are being prioritised and millions of pounds is being invested in buildings and technology to ’keep justice going’.