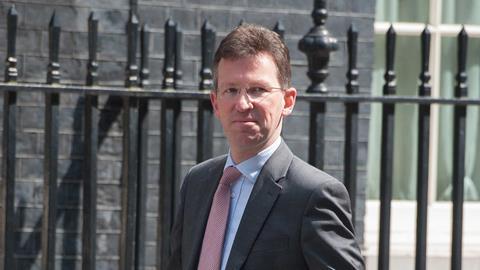 The whirlwind of Cabinet resignations left the government appointing a new Attorney General on a day of high political drama.

Wright replaced Matt Hancock, who had himself been moved to the Department of Health, where Jeremy Hunt had been moved to foreign secretary to replace Boris Johnson, who resigned earlier on Monday.

The new Attorney General was confirmed by Downing Street as Torridge and West Devon MP Geoffrey Cox QC, who has taken up his first cabinet post.

According to the website of Thomas More Chambers, which he co-founded in 1992, Cox has appeared in several high-profile cases, including complex financial crime trials, commercial, defamation and breach of confidence cases, and disciplinary proceedings.

According to his register of members’ financial interests, Cox has earned around £460,000 from legal work in the last year – that figure subject to a deduction of 13.5% for the costs of his chambers.

Cox was reported to have voted to leave the European Union in the referendum in 2016.

Wright, a criminal barrister, was a relatively low-profile member of the government during his time as the Attorney General. He led the government’s unsuccessful appeal in the Supreme Court over the issue of giving MPs a vote to trigger Article 50 and start the process of the UK leaving the EU.