The criminal justice system will ‘relapse’ without more investment, the Bar Council said today, as the Crown court backlog continues to swell and cases take longer to complete.

According to government figures for July to September 2020, the volume of outstanding Crown court cases increased by 19% on the previous quarter, and 44% compared with last year. Throughput also deteriorated, with cases in the Crown court taking 20% longer to complete than in 2019.

There are ‘signs of recovery’, however, particularly in the magistrates’ court where disposals have risen sharply in the latest quarter, the figures suggest. They are still below pre-Covid levels, however. The number of disposals in the Crown court is also up 65% compared with the second quarter. 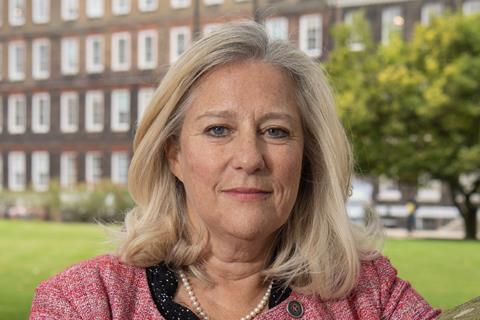 Amanda Pinto QC, chair of the Bar Council, said: ‘If the criminal justice system is a patient in recovery after the drastic impact of Covid-19 on a weak body with underlying health issues, regrettably these statistics show it was far from convalescing in September 2020. Criminal justice will relapse without greater, sustained investment to support the system.

‘These latest figures show that more funding is clearly needed to keep justice, the essential backbone of our life, going. How long will the victims of crime, those awaiting trial and the public have to wait before they see these numbers dramatically improve? Since September, we know that greater throughput of cases in both the magistrates and crown courts has been achieved; but if the figures just published were to be repeated or deteriorate further the impact will be more heartache and misery caused by excessive delays.’

A Ministry of Justice spokesperson said: ‘The magistrates’ backlog continues to fall and the number of cases resolved in the Crown courts has trebled since April. To drive this recovery further we are investing £110m in a range of measures to boost capacity, including recruiting 1,600 new staff and shortly opening several more Nightingale Courts.

‘These efforts will be bolstered by an extra £337m the government is spending next year to deliver swifter justice and support victims, while £76 million will further increase capacity in family courts and tribunals.’