A data breach claim worth £3,000 where costs are expected to exceed £50,000 has been moved to the county court by a High Court judge.

In Johnson v Eastlight Community Homes Ltd Master Thornett said he was mindful that the court should strive to provide a remedy to any litigant - but concluded that the correct forum for this ‘very modest claim’ was the county court.

His ruling was critical of the conduct of the claim which allowed costs to spiral well beyond any possible damages. The suggestion this was a developing area of law or a case which required elaborate and complex legal argument was ‘unrealistic if not opportunistic’, he said, ruling the handling of the case had constituted a form of ‘procedural abuse’. 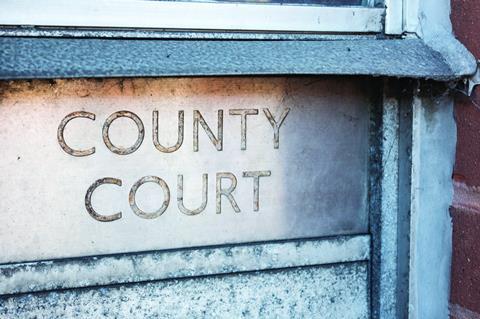 The claim worth £3,000 has been reallocated to the county court after stinging criticism of the claimant solicitors

‘The lure of adopting a more elaborate and expensive approach just because the subject matter can so permit is simply unacceptable,’ said Thornett.

The court heard that the claimant had issued a Part 7 claim form in the High Court seeking damages limited to £3,000 against a social housing provider, following a brief and inadvertent disclosure of his rent statement to a single other person, who deleted it within three hours.

The defendant admits sending the information by mistake but applied to strike out the claim, contending the claimant suffered no loss or damages and had no real prospect of success.

Although the case had not been allocated and so no CCMC had been listed, the claimant’s solicitors (Liverpool firm Pure Legal, which has since gone into administration), filed a Precedent H Form stating that over £15,000 had already been incurred in costs and the total figure for costs was in excess of £50,000. Such costs were certified by the solicitors as ‘reasonable and proportionate’.

Thornett said he understood why the defendant argued that the claim had no real value and was abusive, and that ‘no serious privately paying litigant would contemplate spending over £50,000 in costs, not all of which may prove recoverable even in the event of success’.

The master said everything about the case had the hallmarks of a small claim track that should have been issued in the county court and so allocated. He opted not to strike out entirely but redirected it to the county court, with costs assessed at a later date.