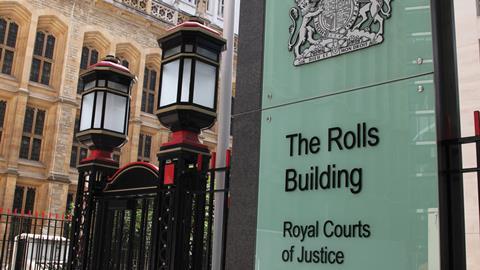 International firm Dechert and one its former partners have denied any involvement in the hacking of an airline tycoon’s emails, which were published online during their dispute with the sovereign investment fund of one of the United Arab Emirates.

Farhad Azima alleges the Ras Al Khaimah Investment Authority (RAKIA) hacked his emails before using them in its High Court claim against him for fraudulent misrepresentation and conspiracy.

Neil Gerrard, Dechert’s former head of white-collar crime, is said to have instructed private investigators to ‘procure’ the hacking of Azima’s emails and then was party to ‘staged’ emails purporting to show that the documents were discovered on the internet.

Last year, the High Court found that Azima committed fraudulent misrepresentation and bribery in relation to a settlement with RAKIA, ruling that he was liable to pay RAKIA just over $4m.

Azima’s counter-claim against RAKIA, alleging it was responsible for the hacking of his emails, was dismissed as there was not ‘sufficiently cogent evidence’ to establish a conspiracy between the RAKIA witnesses, including Gerrard.

However, earlier this year, the hacking claim was remitted to the High Court by the Court of Appeal, which held that there were grounds to consider whether ‘RAKIA’s defence to the counterclaim was dishonestly advanced’, requiring ‘a complete re-evaluation of the evidence in support of the hacking claim’.

Azima’s appeal in relation to the judgment against him on RAKIA’s original claim was refused and a decision on permission to appeal to the Supreme Court is pending.

In their written defence filed with the High Court last week, Dechert and Gerrard ‘strenuously deny’ any part in the hacking or dissemination of Azima’s data. The document states: ‘Mr Gerrard and Dechert had no involvement in, and have no knowledge of the circumstances of, the hacking and dissemination of Mr Azima’s data, nor were they parties to any conspiracy or unlawful combination.

‘The suggestion that Mr Gerrard and Dechert have been involved in any such unlawful activities, or any cover-up or conspiracy in relation thereto, is strenuously denied.’

RAKIA, in its written defence, also denies responsibility for the hacking of Azima’s emails and that it ‘conspired’ with Dechert, Gerrard or two private investigators to ‘cover up and conceal the “true facts”’, as alleged by Azima.

No date is set for the substantive hearing of Azima’s claims, but a case management conference is expected to take place early next year.