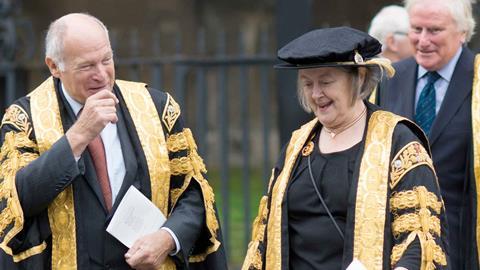 Applications opened today for a number of vacancies at the Supreme Court, including a replacement for departing president Lord Neuberger.

Separate competitions have been launched for president, and for justices to replace the retired Lord Toulson and soon-to-retire Lord Clarke.

With Lady Hale heavily tipped to replace Neuberger, a third justice may also be appointed this year.

In a statement from the Ministry of Justice, lord chancellor Liz Truss, Neuberger and Lord Kakkar, chair of the Judicial Appointments Commission, said they are ‘united in their drive to break down barriers and make sure the brightest talent can shine at every level’ of the justice system.

Applications are sought ‘from the widest range of candidates eligible to apply and particularly those who will increase the diversity of the court’.

‘Insight visits’, as announced by Neuberger last November, continue to be available to eligible candidates.

In a column for the Gazette last month, legal commentator Joshua Rozenberg described Lady Hale (pictured with the president) as a ‘racing certainty’ to replace Neuberger in October, though she must retire from the court by the end of 2019. Lady justices Gloster and Black, and lord justices Briggs and Lloyd Jones, would also be strong candidates for the Supreme Court bench, Rozenberg said.

The selection panel for the president comprises:

For the selection of justices, the panel comprises: