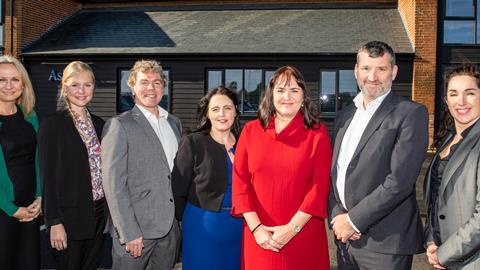 East Anglia-based firm Ashtons Legal has acquired a team of French law specialists in a bid to establish itself in the French legal services market, in spite of Brexit uncertainty.

The eight-strong team at Heslop & Platt, which is based in Leeds and focuses solely on French property and estate administration, will join the French legal services team at Ashtons Legal from today. Combined, the two firms will advise UK clients on buying and selling residential property in France, transferring ownership after divorce, and making a French will.

Matthew Cameron, head of French legal services at Ashtons Legal, said: ‘Amid all the debate, confusion and concerns in the UK this year about our future role in Europe, one thing has become very clear. The majority of people who love France and the French lifestyle are not going to change their plans in light of the political situation.

‘The main area in which we are seeing an increase in activity at present is those who already own homes in France and wish to make French wills to sit alongside their English ones. We also deal with many succession issues on behalf of individuals who are inheriting property from parents who retired to France some years ago.’

Barbara Heslop, director of Heslop & Platt, said: ‘Whilst our profile and client base is nationwide, our presence in the north of the UK is stronger than that of Ashtons. The full-service Ashtons’ infrastructure will give us a strength and depth that we could not realistically achieve alone.’