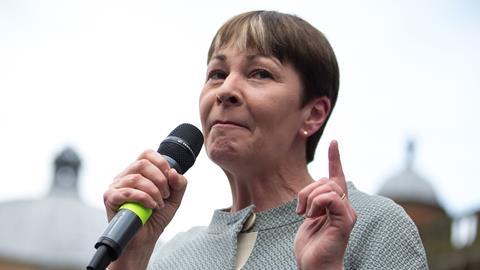 The government is recouping just a fraction of the extra money it expected to generate from rogue bosses hauled before employment tribunals, new figures have revealed.

Business minister Margot James has admitted that just £17,704 has been paid in financial penalties since they were enabled in April 2014.

Tribunals have levied 18 fines against employers for aggravated breach of employment law, of which 12 have been paid.

Before the penalties were conceived, an impact assessment prepared by the Department for Business, Innovation & Skills estimated that judges would impose sanctions in 25% of cases. This would leave employers paying £2.8m a year in extra penalties – money which would go straight to the Treasury.

The discretionary penalties, imposed for repeated breaches or where the action was malicious, were intended as a safeguard to ensure high standards were maintained in the workplace. The tribunal can impose a penalty ranging from a minimum of £100 to a maximum of £5,000.

However, a marked decline in claims since tribunal fees were introduced in 2013 may mean fewer examples of bad practice are being exposed.

‘The tribunal fees introduced in 2013 have eradicated exactly the kind of tribunal claim that ministers had in mind when they came up with the idea: a relatively low-value claim (because the claimant is low-paid) against a rogue, exploitative employer,’ said Lucas.

‘These revelations make it clear that we should take what ministers say about their shiny new policies with a heaped tablespoon of salt.’

The Law Society has called for an urgent review of employment tribunal fees. The government was scheduled to have completed this by the end of 2015, but justice minister Sir Oliver Heald admitted last week it is still not finished.

Heald told a House of Commons debate: ‘We are getting to the point at which we will soon be able to produce a report; it will not take much longer. I said that I would produce it as soon as possible in the new year and I meant it.’