A solicitor formerly with magic circle firm Clifford Chance is being prosecuted by the Financial Conduct Authority after allegedly making more than £140,000 from insider dealing.

Suhail Zina, based in London, and his brother Mohammed Zina, a former analyst at Goldman Sachs, face criminal proceedings for insider dealing and fraud, according to an FCA statement. 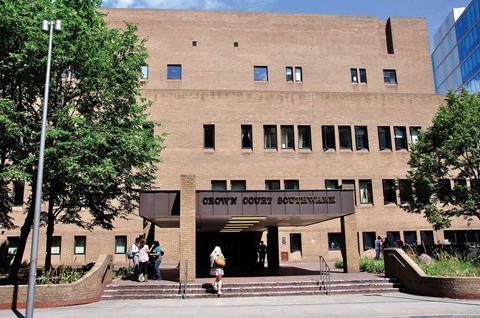 The brothers will appear at Southwark Crown Court next month

The alleged offending took place between July 2016 and December 2017 and involved trading in six different stocks. The total profit from the alleged insider dealing was around £142,000.

The fraud charges relate to three personal loans obtained from Tesco Bank, totalling £95,000. According to the FCA the loans were claimed to be used for funding home improvements. However the FCA alleges they funded insider dealing.

The brothers appeared at Westminster Magistrates’ Court today and the case was sent to Southwark Crown Court for a plea and trial preparation hearing on 16 March 2021.

A spokesperson for Goldman Sachs said: ‘The protection of client confidential information is of paramount importance to Goldman Sachs. The firm treats any misuse of client confidential information with the utmost seriousness. We have been working closely with the FCA to assist the FCA in progressing the criminal proceedings announced today. Neither the firm nor any other current or former employee of the firm is the subject of an investigation into the matters giving rise to the proceedings.’