The government’s decision to increase court sitting days is ‘simply not enough’ the criminal bar has claimed, calling the extra days ‘derisory’.

Some 700 additional Crown court sitting days will be available before the end of the financial year, in a drive to clear a backlog of cases. However, in her weekly message to members, chair of the Criminal Bar Association (CBA) Caroline Goodwin QC said: ‘It is simply not enough.’ 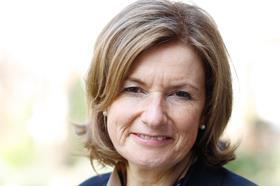 According to the CBA, 700 extra days represents an increase of less than 1% over the course of a year. This follows a ‘15% cull this spring’ when the annual budget was reduced from 97,400 court sitting days to 82,300.

Goodwin added: ‘Conveniently a 1% increase in sitting days would only address the latest reported 1% increase in the backlog of “outstanding” Crown court cases.’

According to her ‘Monday Message’, Goodwin had a ‘positive discussion’ with HM Courts & Tribunals Service last week in which wider plans for courts were outlined. She previously feared her meeting with HMCTS would be delayed because of listings, telling the Criminal Law Solicitors’ Association: ‘Listings has screwed up my appointment. I’m busy emailing the judge to see if I can get out on Monday. I don’t think that’s going to be possible - it means opportunities lost all around’.