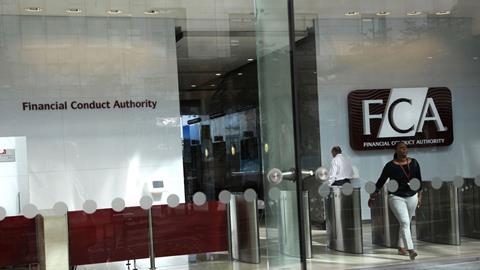 The Financial Conduct Authority does not need the permission of the insolvency court to take regulatory action against a company in liquidation, the High Court has ruled in a case concerning the ‘spectacular collapse’ of construction giant Carillion.

In The Financial Conduct Authority v Carillion Plc, the High Court was asked to determine whether regulatory action against a company in liquidation constitutes an ‘action or proceeding’ that requires the permission of the insolvency court under section 130(2) of the Insolvency Act 1986.

In August 2020, the FCA was contemplating issuing statutory notices against Carillion and some of its directors in respect of alleged market abuse and breaches of the listing rules pursuant to the Financial Services and Markets Act 2000 (FSMA).

The Insolvency and Companies Court ruled that such action requires the permission of the court, which was ultimately granted. The FCA issued a warning notice and published a statement which summarised the action that it proposed to take against Carillion and others the following month.

However, the FCA appealed the court’s decision, arguing at a hearing in July that ‘this was the first time anyone had suggested that permission was required’ to take regulatory action against a company in liquidation.

In his judgment on Thursday, Mr Justice Michael Green found that the court below adopted ‘too wide a construction of section 130(2)’. The judge also held that the FCA should not have to ‘seek the permission of the insolvency court to exercise its statutory powers’.

He added: ‘Nor do I think that parliament could have intended that the comprehensive statutory regime of FSMA operated by the FCA acting in the public interest should be overlain with the requirement to seek the permission of the court to proceed if the company in question has gone into compulsory liquidation.’