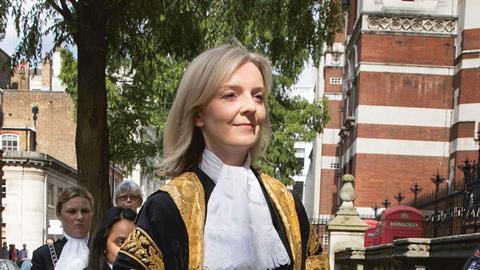 The Law Society is pressing the government to retreat on huge probate fee rises, after a parliamentary committee accused embattled lord chancellor Liz Truss of ‘overstepping her powers’.

In a highly critical report, the joint committee on statutory instruments said last week that there is ‘doubt’ over whether the proposals are intra vires and urged both houses of parliament to look into the matter.

Earlier this year the Ministry of Justice said it would replace the current flat fee with a banding system based on the value of the estate. That would see fees rise by a factor of up to 129. The money generated, expected to be around £250m a year, has been earmarked to fund the courts and tribunals service – a plan which the committee said bears the hallmarks of a tax.

The 12-member committee, which includes five Conservatives, is appointed to consider statutory instruments made in the exercising of powers granted by act of parliament. Committee member crossbencher Lady Meacher (Molly Meacher) told the Gazette: ‘A £20,000 increase is not a charge. It’s clearly a tax and the lord chancellor is not entitled to impose a tax. Imposing this on poor families who might come into a bit of money is completely unreasonable.’

The report stated: ‘The committee has a real doubt as to whether the lord chancellor may use a power to prescribe non-contentious probate fees for the purpose of funding services which executors do not seek to use.’

Beverley Diamond, head of probate at Midlands and London firm Buckles Solicitors, said: ‘While everyone who uses the court service in England and Wales expects to pay a fee to cover costs, the probate fees do not need to be increased because the current fees already cover the full costs of running the Probate Registry.

‘Equating the probate fee to the value of the estate is akin to an additional tax charge on an estate. If additional fees need to be generated to fund other areas of the courts and tribunals service, a small increase in the current flat fee would be more appropriate.’

However, the MoJ has refused to budge, saying the hike will introduce a fairer system in which over half of estates will pay nothing and over 90% less than £1,000.

Law Society vice-president Joe Egan insisted nevertheless that the report raises fresh questions about the reform. ‘We will be examining the report carefully, and continue to urge the government to reconsider this unjustified fee hike,’ he said.

The report coincided with national press reports suggesting that the prime minister is being urged to relieve Liz Truss of her role after what the Telegraph called a ‘series of embarrassing mistakes’ in a front-page story.

According to ‘senior government sources’ the mistakes have prompted ‘concerns at the very top that a major overhaul is needed’.

The government denied that any change to Truss’s role is under consideration.