A firm specialising in group actions is seeking judicial review of the government’s hotel quarantine policy, claiming that it unlawfully deprives travellers of their liberty.

PGMBM has issued a letter before claim to the government, arguing that mandatory hotel quarantine for fully vaccinated travellers who test negative for Covid-19 is ‘arbitrary, unnecessary and disproportionate’ and violates their human rights.

The letter says that while government rules take account of whether ‘amber list’ travellers have been double jabbed, ‘there is no change in relation to treatment of fully vaccinated red list travellers’. It also claims that hotel quarantine is imposed for longer than necessary, as an unvaccinated amber list traveller may end their self-isolation after five days if they test negative. In contrast, red list travellers are detained in hotels for 10 days. 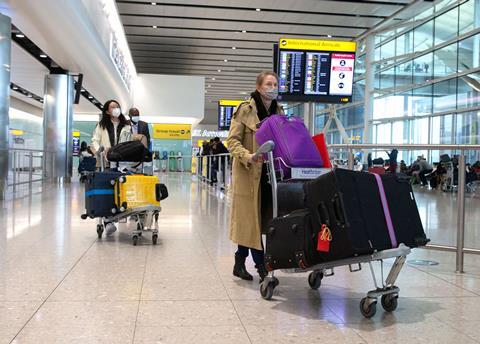 Tom Goodhead, managing partner of PGMBM, said: ‘Mandatory hotel quarantine is a fundamental breach of human rights. It has led to the false imprisonment of people who are fully vaccinated and have tested negative.’

Earlier this year, PGMBM challenged hotel quarantine costs, arguing that the charging policy is unlawful because it imposes the same fixed fee of £1,750 or more on anyone travelling to England from a red list country. Shortly before the government’s summary grounds of defence was due to be filed, it confirmed that it would change the hotel quarantine system to allow people to apply for a fee waiver or reduction on the grounds of financial hardship.

Adam Wagner and Cian Murphy of Doughty Street Chambers have been instructed by PGMBM. Wagner has been a vocal commentator on the government’s Covid restrictions.