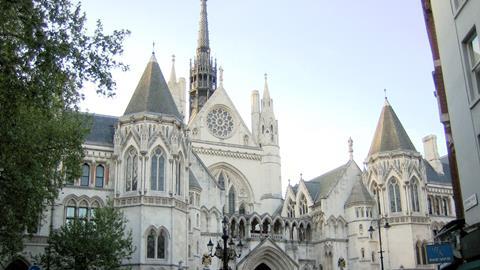 A London law firm has urged the Court of Appeal to ‘remove the medieval shackles of champerty from legitimate solicitor-client agreements’ and validate the assignment of a now-deceased client’s claim to his solicitors.

Candey is asking the court to ‘develop’ the common law so that assignments to solicitors are permitted where it would not ‘enlarge the benefit they would otherwise have received’.

The commercial firm argues the introduction of damages-based agreements (DBAs) and the growth of litigation funding means that ‘lawyers are now as much commercial parties in litigation as they are officers of the court’, so that ‘the law should treat Candey as being commensurate to a commercial party who possesses a genuine commercial interest in a claim’.

Its appeal arises from the assignment of a £1.3m claim to Candey, which originally signed a DBA with its client, later amended to a conditional fee arrangement, and which was terminated by the assignment. Last year, the High Court ruled that the assignment was ‘champertous and therefore void’.

But Muhammed Haque QC, for Candey, today asked the court ‘what is the difference’ between an assignment to a non-lawyer – which is permitted – and one to solicitors.

‘Solicitors should not be subject to any additional arbitrary rules exclusive to lawyers,’ Haque said in written submissions. ‘This court is asked to make new law and remove the medieval shackles of champerty from legitimate solicitor-client agreements.’

He said the case ‘raises very real issues of fundamental practical importance to lawyers who have acted, or are acting, on a contingency for a client for whom the prospect of bankruptcy looms large’.

In those circumstances, ‘an assignment commensurate to the existing contingency fee agreement is a sensible and commercial solution which does not offend the purity of justice’, Haque said.

He also referred several firms who have set up ‘funding arms’ in recent years, including Rosenblatt, DLA Piper and Fieldfisher, as well as specialist insolvency litigation funders Manolete.

Haque asked: ‘If commercial third-parties such as Manolete are permitted to take an assignment of a claim, what is the objection against a law firm (who restricts the assignment to the scope of an existing compliant contingency agreement) not to take the same assignment?’

He said the law ‘should not intervene in what is a commercial transaction’ but faced robust questioning from the bench, with Lord Justice Arnold suggesting this would mean ‘the end of the law of champerty’.

Haque disagreed and, in his skeleton argument, said Candey’s position was not that ‘all such assignments are not champertous’, giving the example of an assignment which ‘afforded a greater financial benefit to the assignee than a DBA’.

Jonathan Cohen QC, for the defendant, said the High Court’s ruling was ‘plainly right’ and described Candey’s appeal as ‘hopeless’.

‘It has been the law for at least 250 years that a litigant cannot assign a claim to a solicitor who has had conduct of that claim,’ he said in his skeleton argument. ‘Candey accepts that to be correct.

‘It invites this court however to find that the public policy doctrine which prevents assignment from client to solicitor is no longer fit for purpose and ought to be jettisoned. That cause is hopeless.’