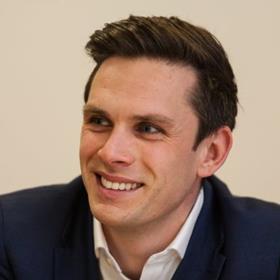 Former colleagues of a solicitor killed in the Grand Canyon helicopter crash have said he was respected and loved by all who worked with him. Jason Hill, 32, a corporate lawyer at the Milton Keynes office of national firm Shoosmiths, was one of three people who died in the Arizona crash on Saturday.

His younger brother Stuart, 30, and Becky Dobson, 27, also died in the tragedy.

In a statement, the firm’s chief executive Claire Rowe said: ‘Jason joined Shoosmiths as a trainee, before qualifying into our corporate department in 2011. He was hardworking, full of energy and enjoyable to work with, and we are greatly saddened by the news of his death and that of his brother Stuart. Our immediate thoughts are with their family at this very difficult and tragic time.’

The university said today: ’The University of Law is saddened by news of the death of our Guildford alumni Jason Hill and wish to extend our deepest sympathy to his family, friends and colleagues.’

Hill advised private equity firms, large corporates, PLCs and owner-managed businesses on transactions, acquisitions and disposals. He completed a nine month secondment to Hitachi Rail Europe to advise and support the implementation and delivery of trains for the Intercity Express Programme in respect of the East Coast Main Line and Great Western Main Line.

A UK Foreign and Commonwealth Office spokesperson said: ‘We are providing support to the families of six British visitors involved in a helicopter accident at the Grand Canyon on 10 February, and we are in close contact with the US emergency services.’