The Chartered Institute of Arbitrators (CIArb) has appointed former Law Society chief executive Catherine Dixon as its new director general. She will succeed Anthony Abrahams, who has retired following eight years in the role, on 1 May. 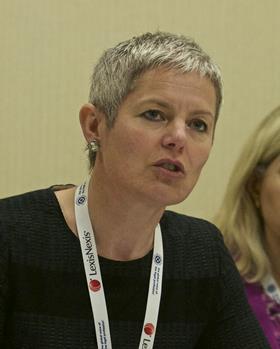 Dixon resigned from her Chancery Lane post in 2017, blaming what she described as slow progress in reforming the Society’s governance procedures. She later ran an agricultural college in Yorkshire before leaving that job to undertake a world-record-breaking circumnavigation of the world on a tandem bike.

CIArb, which has over16,000 members, promotes and facilitates alternative dispute resolution as an alternative to litigation. Dixon said: ‘I am honoured to have been appointed to this prestigious role and to lead the continued growth of CIArb which I know to be at the forefront of thought-leadership, training, standards and ethics in alternative dispute resolution. I am looking forward to working closely with CIArb’s members to grow membership.’