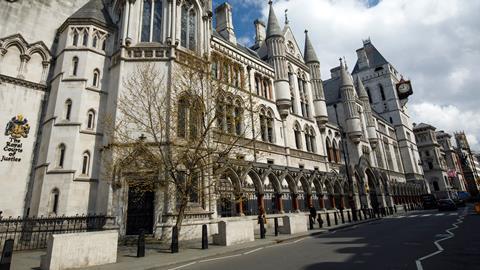 A former Linklaters partner was one of several witnesses paid ‘large sums for giving evidence’ in an unsuccessful £66m High Court claim against Credit Suisse over a former managing director’s conviction in Romania.

‘He spent days attending the trial, having flown over from Canada and having a long time in hotel accommodation at £250 per day,’ the judge added.

Freedman emphasised that ‘this is not to say that he was intentionally biased in any of his answers’, but simply that it ‘puts the court on scrutiny against the possibility of a “subtle influence” or unconscious desire to assist the case of the bank as his paymaster’.

Freedman said: ‘I do not cast any personal aspersions on the witnesses themselves, but their evidence has to be received with caution due to these matters.’

The judge added that ‘there is a problem that their evidence was prepared with an agenda of the bank [and] they were paid large sums of money for their time’.

‘However, they were witnesses who were not seeking to mislead the court, albeit that the risk of unconscious bias must be taken into account,’ Freedman said. ‘Overall, the court found their testimony to be helpful.’

The claim by Vadim Benyatov, who was convicted in Romania of instigating the disclosure of professional secrets in relation to the privatisation of a state-owned electricity distribution company, was dismissed.

Benyatov alleged breaches of a duty of care in tort to protect him from a criminal conviction in the performance of his duties for Credit Suisse in failing to assess the risks to him in Romania which led to his conviction.

But Freedman held that Benyatov had not established a duty of care and that there was no breach of duty in any event.