The government’s starting date for whiplash reforms has been called into question after it emerged that vital work to amend the rules has stalled.

Reforms to increase the small claims limit to £5,000 for RTA claims require the development of a new pre-action protocol for the new portal, due to go live in April 2020.

But the Civil Procedure Rule Committee has yet even to discuss proposals for new rules and a protocol - and no talks can take place until after the general election.

The Ministry of Justice, which passed the Civil Liability Act almost a year ago, continues to insist it is working to next April’s implementation date. But ministers have accepted in the past that rule amendments are a necessary part of the new system, and there are now major question marks about the timeframe for meeting the deadline.

Minutes from the CPRC meeting in July showed that detailed proposals for the portal would be provided by the MoJ by mid-September to allow a sub-committee to comment ahead of the committee’s October meeting.

But according to minutes for the October meeting, published today, the portal was not even brought up as an item, let alone any proposals discussed. The only mention of whiplash in the whole meeting was to note that credit hire needed to be considered as part of the RTA reforms.

The Gazette understands rules for the portal were not even ready for consideration at the CPRC meeting this month, and the committee is now waiting for any subsequent referral by the new government after 12 December.

The July minutes gave a sense of rule-makers’ reservations about the portal, with committee chair Lord Justice Coulson urging ‘caution in devising a system which was so radical that it generated a potential need for two sets of rules’ for unrepresented and represented parties. 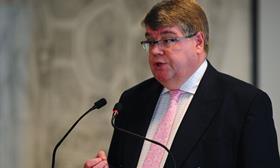 Earlier this year, in a letter to the justice select committee, justice minister Lord Keen of Elie QC confirmed a new protocol was required for the new IT portal.

The lack of any agreed protocol calls into question testing of the new system by its developer the Motor Insurers Bureau, which had pledged to start tests this month. The MIB has said it cannot comment on policy-led work due to pre-election purdah rules. Instead a further update will be made as soon as a new government is in place.

Brett Dixon, president of the Association of Personal Injury Lawyers, said the election purdah means stakeholders are ‘completely in the dark’ about what progress is being made, even as the government continues to commit to April 2020.

He added: ‘These are important issues which need to be addressed properly if the new system is to deliver justice for injured people, otherwise we risk having a so-called ‘minimum viable product’ which just will not be good enough.’

Stakeholders were to be updated about progress at a series of events hosted this month by MedCo, but these were cancelled because of the election.