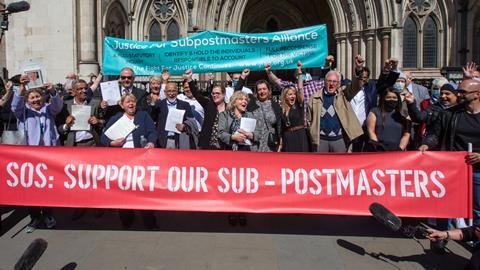 The government has said that ‘reasonable fees’ will be recovered for former subpostmasters asking for more compensation after the Post Office Horizon scandal.

These individuals were left with just £11m between them once legal costs were paid out of the £57.75m compensation offered by the Post Office to settle the case in 2019. But since then, other victims who were not in the order have been offered much higher sums, prompting calls for the government to look again at their payouts.

In a written statement to the House of Commons today, Scully expressed his hope that the latest compensation will ‘go some way in helping many postmasters who have, and still are, facing hardships’.

Crucially for the victims, who had to fund their own legal action, Scully stated that members of the GLO group will be able to claim reasonable legal fees as part of participating in the final compensation scheme.

‘I hope that this will allay any concerns that they might have about meeting the costs of seeking legal advice and support when applying to the scheme,’ he added.

In parallel, the government is working towards the final compensation scheme for the GLO and will be appointing national firm Freeths to access the data and methodology it developed in relation to the distribution of the 2019 settlement.

Scully said: ‘Freeths represented the GLO claimants and have vital knowledge and expertise based on their involvement in the case. This will allow us to work at pace on the design of a scheme.’

The issue of compensation is due to be the subject of the next round of evidence to the Post Office Inquiry, led by Sir Wyn Williams, when it restarts on 6 July.