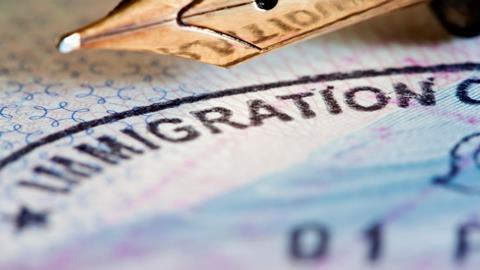 The High Court has dismissed a judicial review brought against the lord chancellor over immigration detainees’ access to justice.

The campaign group alleged the lord chancellor ‘failed to utilise his powers … to deal with serious failures in the DDAS’, which allowed firms with little or no experience of immigration law – some of which were said to be ‘incompetent’ – to advise detainees, in breach of his duty under the Legal Aid, Sentencing and Punishment of Offenders Act 2012.

However, Mr Justice Calver today ruled that ‘the operation of the DDAS is not unlawful’ and dismissed Detention Action’s claim.

The judge said that ‘the direct impediment to effective access by the detainees to the courts and tribunals (if any) arises from the (allegedly) negligent or inadequate advice given to them by certain providers’.

The setting and monitoring of standards under the DDAS scheme ‘does not constitute in itself the imposition of an obstacle to effective access to the courts’, Calver said. ‘On the contrary, its purpose and likely effect is to prevent or mitigate the risk of such impediments’, he added.

Calver also held that, on the evidence before the court, Detention Action had not established that there was ‘a real risk of an impediment to access to legal aid [which] has been created by the operation of the defendant’s monitoring scheme’.

'However, the system for ensuring people facing removal from the UK get good quality advice about their rights remains dysfunctional and inadequate, which is why we are considering our response to this judgment and our next steps carefully.'

A Ministry of Justice spokesperson said: 'We welcome the outcome of this case.'