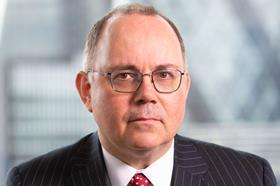 Goldstone, an accredited solicitor advocate, has headed the firm’s dispute resolution department for the past three and a half years, specialising in commercial litigation and other types of dispute resolution. He has focused primarily on media disputes, reputation management and human rights. 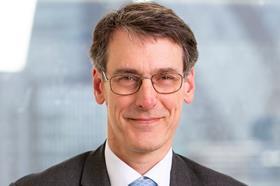 Volikas was global managing partner for the Ince & Co shipping group for three years and was a member of the former Ince & Co management board from 2012 to 2015. He specialised in commercial disputes in shipping cases, with a strong focus on dispute resolution.

Ince – previously Ince Gordon Dadds – is the result of an acquisition by Gordon Dadds, which bought the City practice Ince & Co last December for £27.3m.

In February, administrators of Ince & Co investigated the 'high level' of partner departures in the 12 months prior to administration. The previous year senior partner Jan Heuvels stepped down from his role six months before his term was due to end.

On his appointment as joint managing partner, Volikas said: ‘I am excited for the challenge that Nick and I are taking on, as we work together to continue building Ince into a modern, integrated law firm.’

Goldstone added: ‘Ince has had a great year and I have no doubts about the business’ ability to continue growing and offering the best in class advice that it is known for.’

Last month, the Gordon Dadds Group reported huge increases in profits and revenues, saying that revenue had risen almost 70% to £52.6m and that adjusted profit before tax was up 141% to £5.9m. However, the firm now has net borrowings of £2.9m, compared with net cash of £8.4m the previous year.